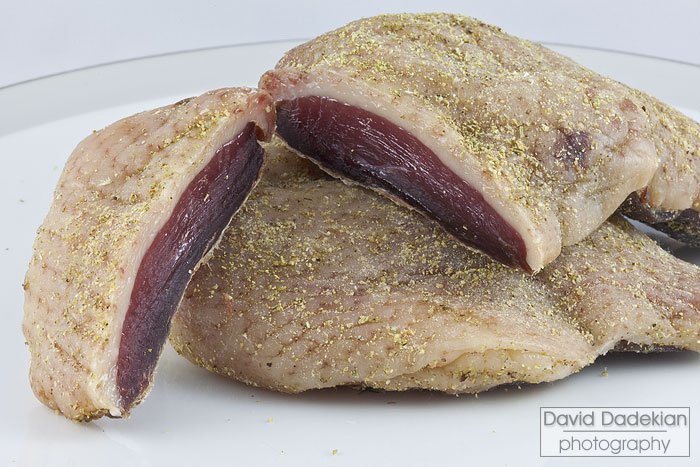 The above is duck prosciutto that I cured and dried at home, a remarkably simple process but one that I hadn’t done myself in a few years. Anyone who knows me wouldn’t be surprised to find cured meat hanging in my basement. But since the girls have been born I’ve found less time for doing personal food projects. In the case of duck prosciutto, there’s really not any reason to find time because it’s so quick and easy. Two things spurred this charcuterie. First was my attending Duckfest at Claddagh Farms in Maine in December. It was a fantastic experience, led by Neal Foley and Kate Hill, where I’m pretty sure we learned almost everything there is to know about raising, slaughtering, butchering and cooking duck. So I had been wanting to keep my developing skills fresh when the second thing occurred: Mrs. Wheelbarrow and The Yummy Mummy created Charcutepalooza. 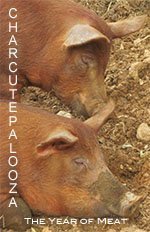 As Mrs. Wheelbarrow says: “We’re kicking off the twelve months of meat so aptly named Charcutepalooza by Kim. This is a remarkable opportunity to learn as a group, to share experiences, and to explore far and wide how we approach the elegant ‘craft of salting, smoking and curing.'”

So I thought, how much more fun can you get than that? After a little delay around the holidays I got to a store and bought a duck (see series of photos below). I did a quick bit of butchering (thanks again, Duckfest) and had breasts for prosciutto, along with the rest of the duck that I made into confit which now sits submerged in duck fat in my refrigerator (but that’s another posting).

Part of the setup for Charcutepalooza is to work out of Michael Ruhlman and Brian Polcyn’s Charcuterie bible, aptly named, Charcuterie: The Craft of Salting, Smoking and Curing. There are a lot of great charcuterie books, but if you’re new to it, Charcuterie is a very accessible and well thought out book. There are also very few cookbooks where I follow the recipes to the letter any more, and whereas some curing you just shouldn’t mess with, I feel that duck is a little more forgiving in the risk department. So there is no photo of the duck breasts completely covered in a bed of kosher salt because I simply judiciously salted both sides of both breasts and let them rest in the refrigerator for a day.

Next I seasoned the breasts with a dusting of white pepper, garlic powder and ground rosemary, wrapped them up in cheesecloth and hung them in my basement. If you look closely at the photo of the breasts hanging you’ll see that I am neither a Scout nor a nautical worker as these knots are far from pretty or orderly,  but they held in place for eight days. While my basement at this time of year maintains a good temperature for curing (low to mid 60’s), the humidity tends to be below 40%. So in order to help the air out, I placed a large bowl of heavily salted water (like seawater) directly under the hanging breasts.

After eight days, the duck breasts had lost almost 30% of their weight and while I probably should have let them hang another day until they hit 30% . . . are you kidding me, that’s close enough I’m eating duck prosciutto! It was excellent, if I do say so myself, and relatively effortless. I joked on Twitter that the hardest part of this challenge was finding a whole duck at the store, and it’s unfortunate there isn’t a local duck farmer here. It really wasn’t that hard to buy duck, and if you’re looking for already butchered duck, it’s very easy to find meat from D’Artagnan at most grocery stores as well as Persimmon Provisions in Barrington, RI.

In reality the hardest part is waiting while the breasts are hanging.

I highly recommend joining in for the rest of the monthly charcuterie challenges. I’m sure it’s going to be fun and educational. If you’d like to see the hundreds of writers and cooks who are participating, and all their excellent results, make sure to check out the main Charcutepalooza index. Thank you to Cathy Barrow and Kim Foster for creating and organizing what looks to be an exciting year-long adventure. 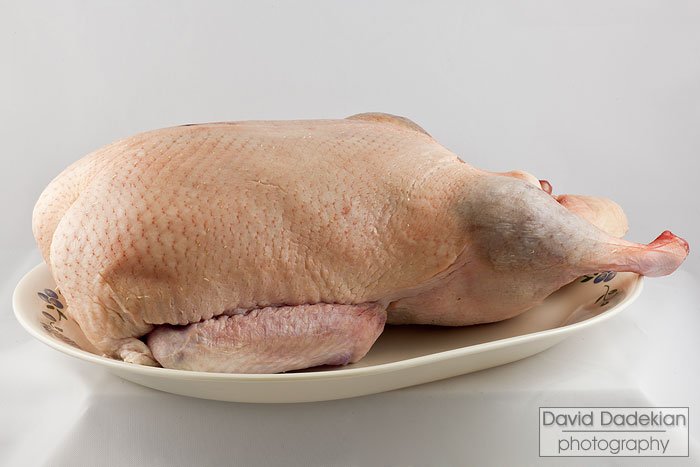 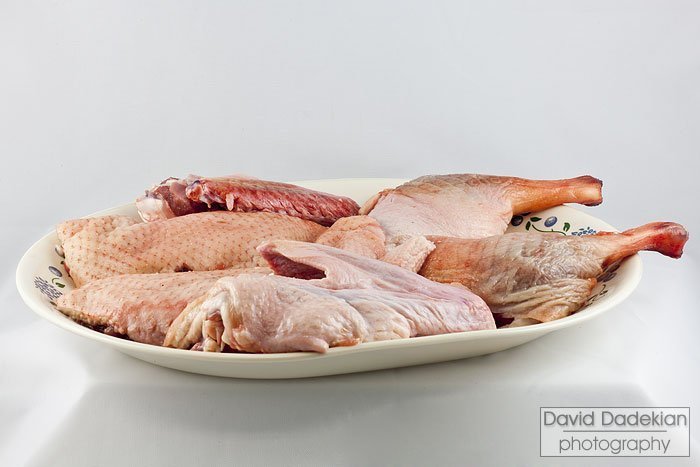 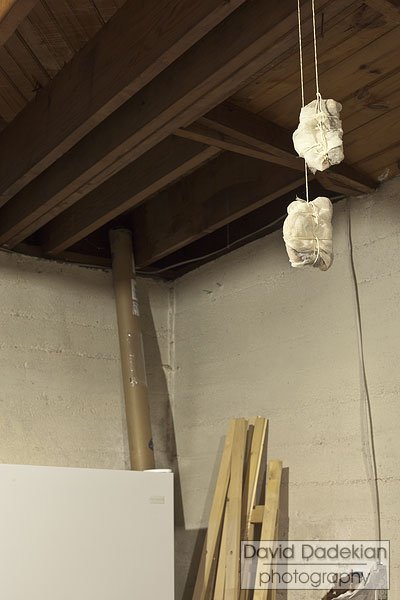 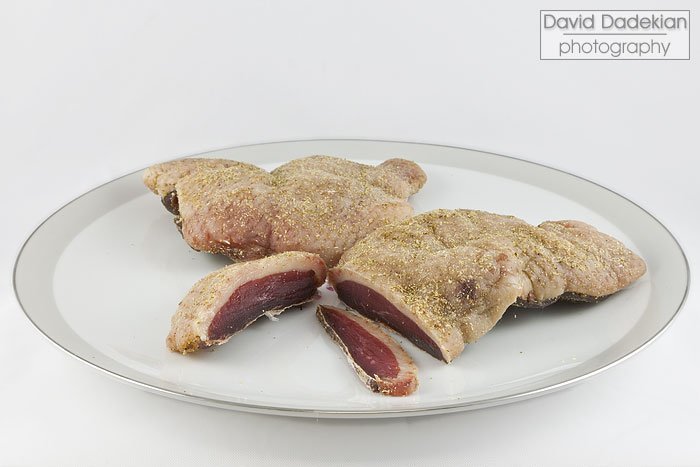 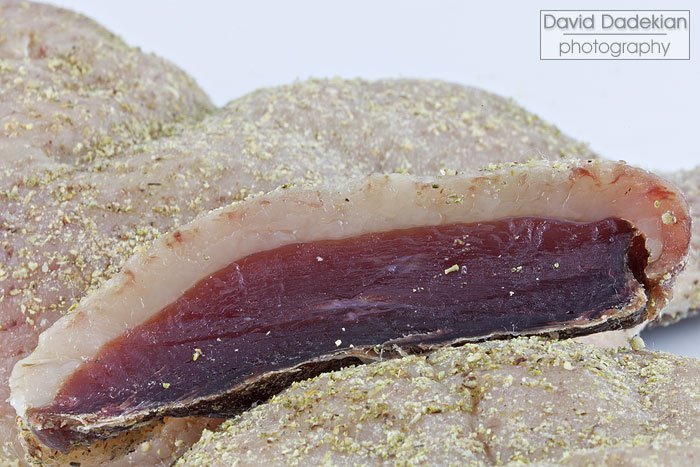