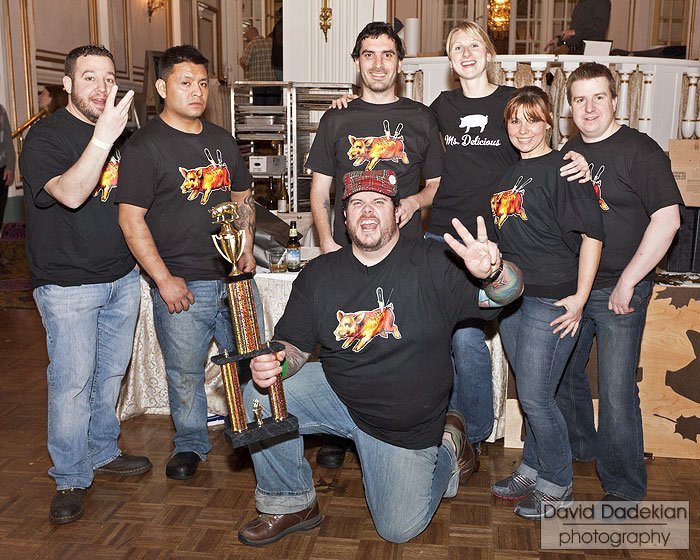 Once is skill, twice is skill + luck, three times is legend, and Chef Matt Jennings of Farmstead / La Laiterie in Providence has taken on some mantle of legend with his third win at tonight’s Cochon 555 event in Boston. Jennings will now go on to the Grand Cochon event at the Food & Wine Classic in Aspen in June. Jennings has won the annual Boston Cochon 555 event all three years it has run now, competing against some of Boston’s best chefs. This year’s competitors included: Chef Barry Maiden of Hungry Mother; Chef Lydia Shire of Scampo, Locke-Ober and Towne Stove and Spirits; Chef Mary Dumont of Harvest; and Chef Will Gilson of Garden at the Cellar.

Jennings’ pig was a local Duroc/Yorkshire crossbreed from the Stoney Hill Cattle Farm in Charlestown, RI. You can read some of Jennings’ menu items in the below photo. Jennings’ said his menu was inspired by the flavor of maple syrup and the French Canadian style, culminating in a whole maple-glazed pig’s head for the judges. Congratulations to Chef Jennings, Farmstead / La Laiterie co-owner Kate Jennings and the entire Farmstead team. Dadekian was an invited judge at the Cochon 555. 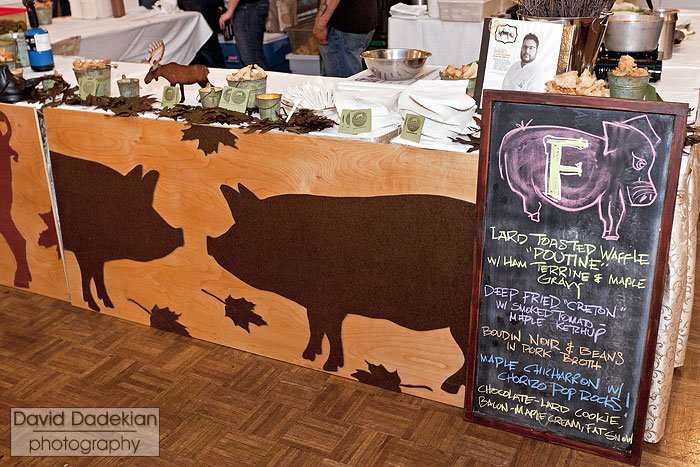 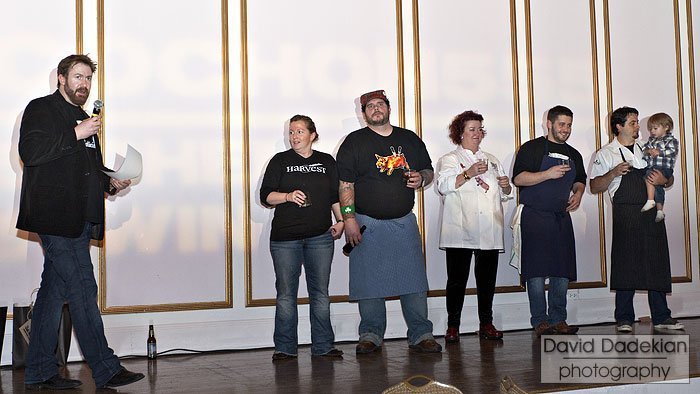 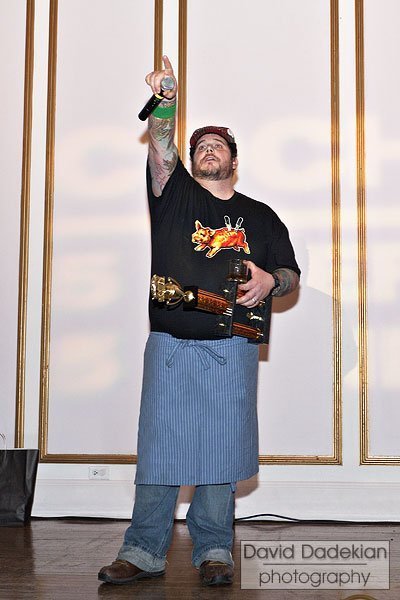 Chef Matt Jennings accepting his trophy and thanking his team 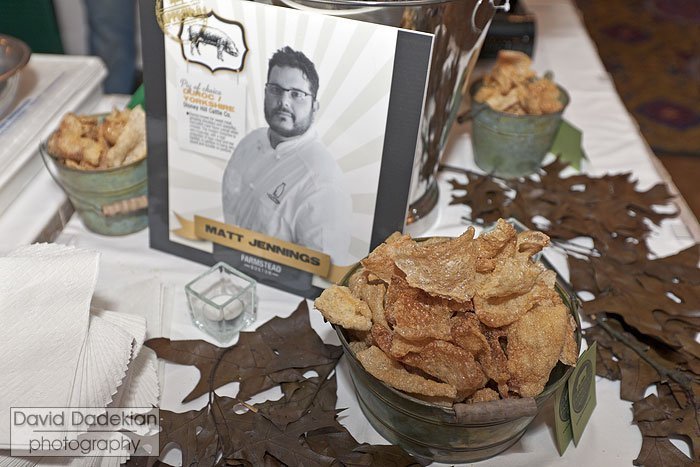