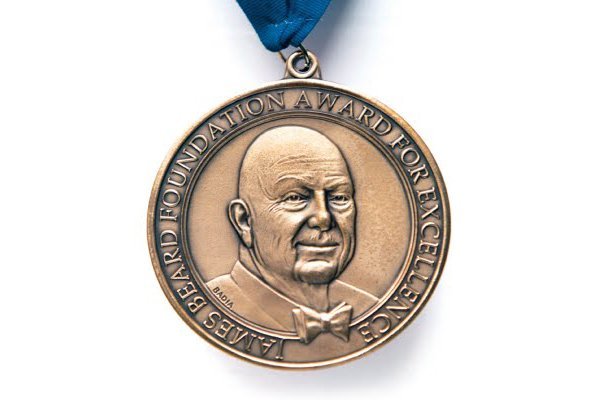 The  James Beard Foundation Awards Restaurant and Chef Semifinalists were announced this morning and included Chef Matt Jennings of Farmstead/La Laiterie, and Chef Champe Speidel of Persimmon in the Best Chef Northeast category, along with Cook & Brown Public House in the Best New Restaurant category. The Semifinalists were narrowed down from 28,000 online nominees. The finalists and winners will now be decided upon by a group of 550 James Beard Awards judges, to be announced on May 9 at the Awards Gala in New York City, what is essentially the Oscars® of the food world.

This is the first time Jennings and Speidel have been named Semifinalists and yet another feather in the cap of the less-than-a-year-old Cook & Brown Public House. I contacted Jennings, Speidel and Cook & Brown co-owner and Chef Nemo Bolin today for their thoughts on making the prestigious list.

Chef Matt Jennings: “This is exciting news. It’s a statement on how hard my entire team works—front and back of house. It’s so easy to get wrapped up in our little world here, so it is always awesome to realize that people are paying attention to all we strive to do, both within our restaurant and in the community.”

Chef Champe Speidel: “Thanks . . . and congratulations to Matt and Nemo also. Its obviously a treat to be on that list and on their radar screen.  To even be nominated among 20 regional chefs is truly an honor.”

Chef Nemo Bolin: “The James Beard nomination is an incredible honor. I had no idea we even had a chance at a nomination and I didn’t know that today was the announcement day. I was up early with my son and my BlackBerry kept going off with messages through my Twitter feed. It’s really amazing to me. These awards in particular are so highly regarded in the industry. To be nominated the same year as Matt and Champe is also pretty special, given the size of the community here, and to have 3 representatives, speaks volumes about the quality of food in Rhode Island at the moment.”

Congratulations to all three chefs and their organizations, as well as the other Semifinalists.