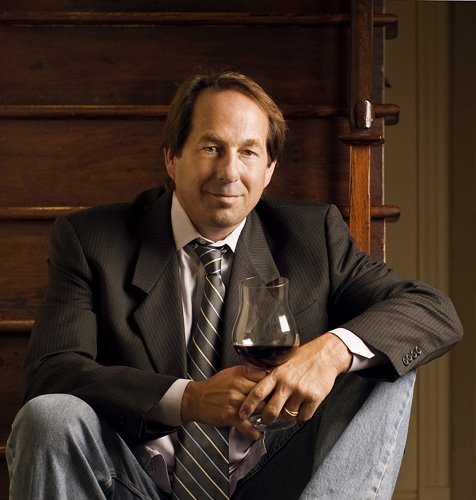 Tastings Wine Bar & Bistro is welcoming Joseph Carr, the eponymous owner and winemaker of Joseph Carr Wine, to Foxboro for a reception and four-course dinner showcasing five of Carr’s wines. I had the opportunity to speak with Carr from his winery in Napa about how he got started, his growth as a winemaker and his strong connection to New England.

Eat Drink RI: How did you get interested in wine?

Joseph Carr: I worked my way through college as a wine steward and then I had been a sommelier. I worked for a lot of really nice hotels and restaurants in New York City, upstate New York and eventually Florida. Some where I built wine programs. I had a pretty cool career being that young, in my twenties, and back in the 80’s no one knew what a sommelier was, not like today. I grew up around all these great French wines and drank a lot of French wines when I was young.

EDRI: What brought you to Napa and starting your own winery?

JC: [Eventually] I was running Mildara-Blass [merged company of several Australian wineries, now Treasury Wine Estates, part of Foster’s Group]. We had purchased Beringer and I spent the next year traveling all over the world and watching merger after merger after merger. After a while I thought, this wasn’t really for me. I’m more interested in the wine side, not this acquisition and selling of assets side. I had always had this dream that I could do it myself and I thought Napa Valley would be the best place to do that. I came home one day—I had been to Australia, my dog didn’t recognize me, my wife was a little upset—and I said it was time to make a change. It wasn’t for me. I come from a small town. We are proud of our core values and things that are precious to us and the corporate world is not really one of them.

[While] I was running this really large company Mildara-Blass, I met a lot of great winemakers in California, as well as Australia. Ted Edwards, the winemaker at Freemark Abbey, is a really good friend of mine. We go back a long, long time. So when I started my own company, I went to those people and worked with them. They introduced me to growers. Subsequently, I brought fruit via this networking. I don’t own vineyards, I’m a négociant. I buy grapes from some really great growers.

EDRI: Tell me about your wines.

JC: Once I started my wine company I really did try to model my wines after French wines, despite them being made in California. My Cabernet Sauvignon, what I’m kind of known for, is a really classic Bordeaux style blend of Cabernet Sauvignon, Merlot and Cabernet Franc. I try to make these wines that are Bordeaux in shape and style, which is a little different from some of the other things that are coming out of California stylistically. In the last few years you’ve had these cult, boutique wines coming out that are really super-high and extracted, high in alcohol. Robert Parker probably really likes them a lot. I tend to go to more of a classical, level approach of balance. I try to make wines that have a beginning, a middle and an end, wines that go well with food. I don’t personally think high alcohol wines go well with food. I pick a little earlier and try to balance things out. [In addition to] Cabernet Sauvignon, we make a tiny bit of Merlot and a little bit of Sauvignon Blanc blended with Sémillon. Again [the Sauvignon Blanc is] a more Graves approach, not that grassy, herbaceous, high-octane New Zealand style, which are fine wines.

JC: I’m the winemaker. I work with two other winemakers that help me make sure I don’t screw it up. I didn’t go to UC Davis or anything like that, I just learned on the job. The first year I did a pretty good job of wasting a lot of money, but now I think I’ve got it figured out. It’s always a learning experience. I work with some really good people. We produce about 20,000 cases total [of all Carr Wines] each year. We’re pretty small. It sounds like a lot, but in the wine industry it’s pretty tiny.

EDRI: How do you feel about the recent vintages, 2007 getting a lot of big press?

JC: 2007 got all the press. 2008, for me, was a little bit better. From a wine-making perspective, each year I try to get better at it. Despite the vintage of 2007 being hailed, I think over time 2008, for me, will be better. 2009’s are coming out in another 2-3 months, and it was really great. We age our wines like a lot of Bordeaux’s, 13-18 months in oak. No more than that. Anything more than 18-22 months then you’re talking something that will probably be really tannic and is going to need some time to open up and evolve. We’re trying to make wines that are very food friendly and approachable.  We don’t want something that’s so tightly wound that we’d have to wait 7-8 years for it to really come into its own. Our wines aren’t $75-$100 a bottle, and with my lifestyle I don’t know if I’m going to live 10 years so I want to make sure I have it!

EDRI: How do you feel about those price points? I find no correlation between quality and price in wine.

JC: If you get to know the producer and trust the producer, that’s where you can find values. I think that’s kind of where we’ve reached. We do really well in the northeast in a lot of restaurants. These beverage managers, these sommeliers, they drink our wines, they taste them, they look at the price value and go, hey, wait a minute, this is a really good deal. [Joseph Carr] are not big, commercially made wines, these have boutique attributes to them without a boutique price. I think if you can get a reputation for that, call it “luxury-value,” that’s what we’re trying to achieve.

EDRI: How often do you get to this area?

JC: I’m from New England originally. I was born in Vermont and grew up in upstate New York. We keep a home on Cape Cod so I’m involved in a lot of local things. [Joseph Carr Wines] have a pretty good following in Boston and New England. I always do the Newport Wine & Food Festival. [Newport’s a] great town. Johnson & Wales is a great culinary school. We [my wife and I] love Rhode Island, Providence and Newport. Last summer we drove up to Federal Hill and bought a live chicken!

With the live chicken comment our conversation turned to how great the Rhode Island food scene is. Carr said he plans on being at the Newport Mansions Wine & Food Festival again this fall and perhaps have a wine dinner at Newport restaurant Tallulah on Thames, as they offer his wines. The dinner at Tastings Wine Bar & Bistro (menu available to view here), scheduled for Thursday, March 31, is currently sold out. There is a waiting list in case of are any cancellations.