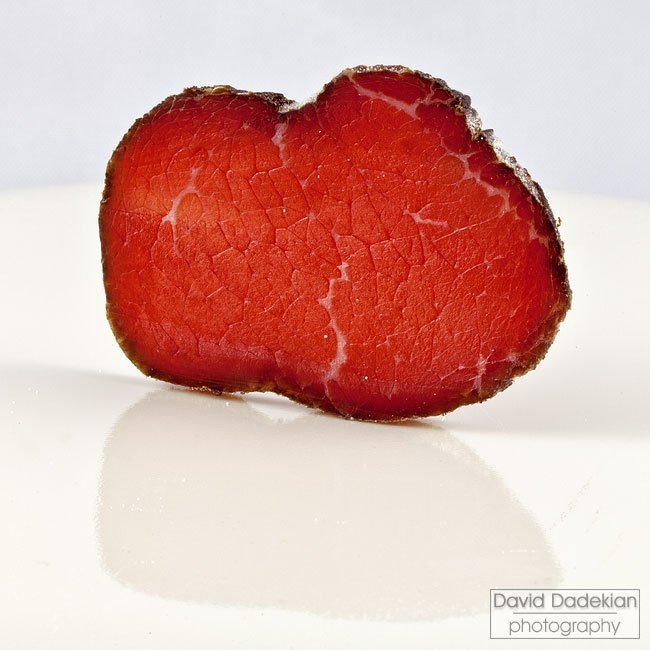 So we come to the end (almost), the final Charcutepalooza challenge, curing a whole cut of meat. Arguably, as long as you have your curing formula right and a place to hang the cut to dry at the right temperature and humidity, this was one of the least challenging challenges. Or maybe that’s the end result of eleven months of preparing charcuterie, it’s not easy by any means, but it becomes less sweat and toil and more of another well-known tool in the cooking toolbox. I’ve been doing random charcuterie over the last ten years, and while I was mostly pleased with the results, it was usually the former experience and not a well-known tool by any means.

But 2011 changed that (with the exception of stuffing sausage, though I’m convinced that has to do with a KitchenAid mixer being my sole sausage device). Compare something as basic as my trussing on the beef eye of round below with the pork belly I turned into pancetta back in January. I tied and untied that pancetta a few times and I never managed to make a straight line with the twine. I’ve made a couple more pancettas between January and November and now I can tie and hang meat in no time flat. Maybe it’s not perfect, but it’s not a chore any more.

I don’t really have a story when it comes to making bresaola. To be honest, I don’t have much memory of making it, even though it was only about five weeks ago that I started the process. I remember taking a few minutes to clean and trim a beautiful eye of round from, where else—Blackbird Farm, one night while I was making dinner for my family. I quickly put together the cure, split it in two, put half in a bag with the beef and stuck it in the basement fridge. I really don’t recall cleaning it and rubbing in the second half after a week, though I know I did, probably in between writing something or editing photos or taking my daughters to a class or the museum.

The point is, before 2011 if I wanted bresaola I most likely would have paid $20 a pound for a few ounces. Let’s be honest, I’m sure I would have bought it, and there’s truly nothing wrong with that, but there’s a few dollars I can save to spend elsewhere (probably on yet another sea salt or something like that).

Like I said, I’ve always loved doing charcuterie, but it wasn’t a necessity to my eating or feeding my family, like many of the other cooking skills I can say I’ve mastered. I’m a freelancer. I have been for most of my working life. As a freelancer (and a bit of a wandering creative mind at times as well) I work best to deadlines so it took these past eleven assignments to get me to focus on creating charcuterie. I won’t go so far as to say I’ve mastered the craft, but I’ve definitely become much more proficient.

Next week, a letter and toast to the people I have to thank for it all. For now, bresaola photos, and yes, please tell my wife I really do need a commercial meat slicer at home. 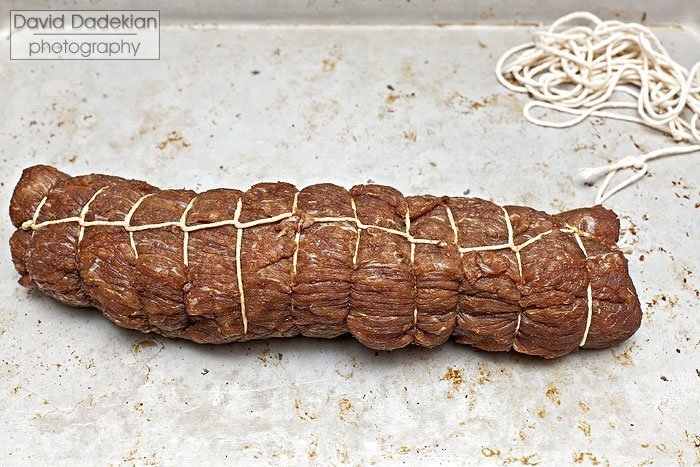 cured and trussed beef eye of the round 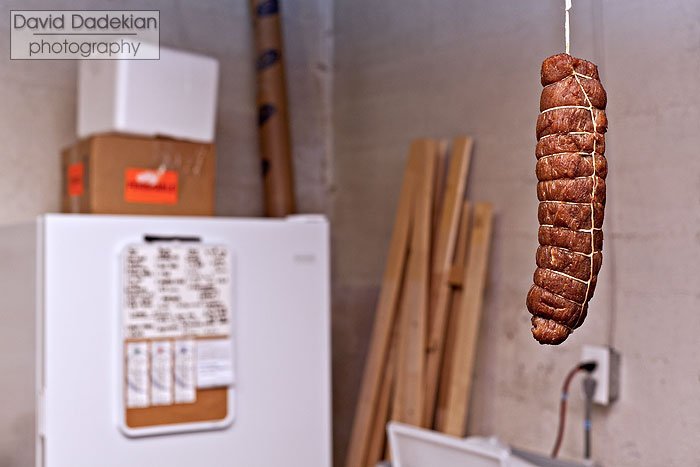 Cured beef hanging in the basement to dry. Yes that's a whiteboard on the freezer listing all it's contents, and for some reason I keep our RI Philharmonic tickets tacked there as well. 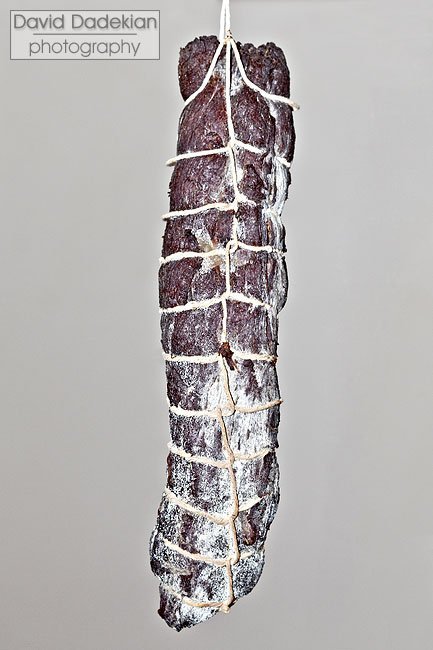 Good white mold on the outside of the bresaola 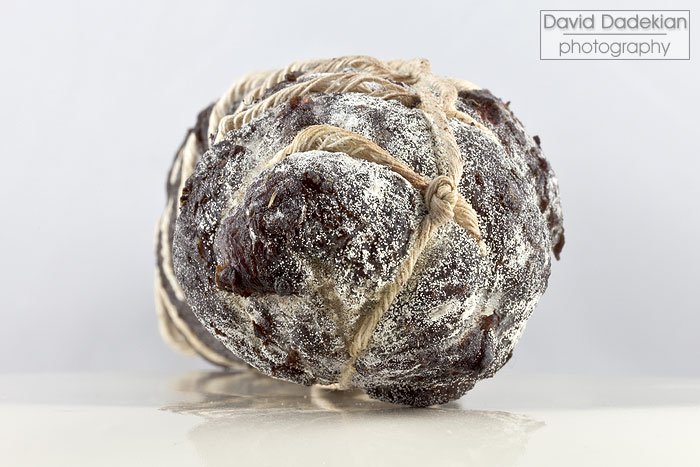 Close-up of the end and the white mold 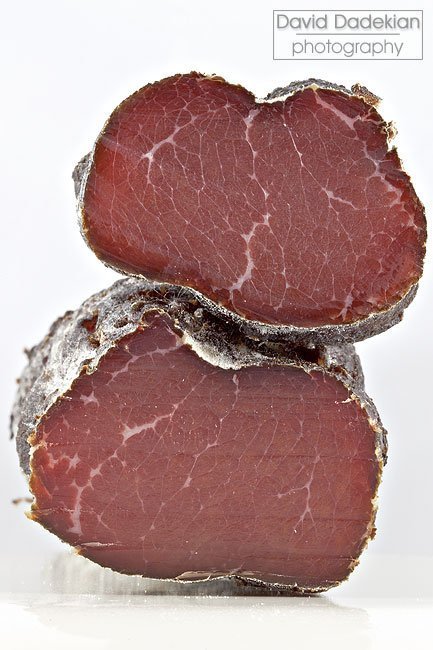 Cross-section of the bresaola

Interested In Something Besides Turkey? It’s Lobster Season Too