The first Rhode Island Food Fights event was held on Sunday, March 11 at The Spot Underground in Providence. RI Food Fights, the brainchild of Jim Nellis and Casey Spencer, declared their first competition to be the Great Cupcake Championship and thirteen bakeries from around the state vied for the title of best cupcake in Rhode Island, along with some excellent prizes. First place, part of the judged competition (of which I was a judge) was awarded to The Duck & Bunny of 312 Wickenden Street in Providence for their Bunny Carrot cupcake.

I spoke with The Duck & Bunny co-owner Jessica Becker about the restaurant and the thought behind their cupcakes. Becker said, “When we opened The Duck and Bunny we wanted to have cupcakes as one of the best things that we would carry because we came from New York where cupcakes had kind of blown up. Our whole thing was we thought they were all too sugary sweet and we really wanted to focus on the flavors. That was the big thing for us. We wanted authentic tastes. Brandy [Schwalbe] and Renee [Frechette] are our cupcake pastry chefs and they have wonderful recipes and we’ve collaborated. We like to do twists on classics and do different things.”

The judges second place prize went to City Girl Cupcake of 99 Weybosset Street in Providence for their Caramel Chocolate Walnut cupcake. Judges’ honorable mention went to Mi-Mi’s Sweet Shoppe for their Snickers cupcake. In addition to the judged competition, the sold out crowd also could cast their votes for their favorite cupcakes. People’s Choice winner was The Cupcake Contessas‘ Spice cupcake and People’s honorable mention went to The Duck & Bunny. 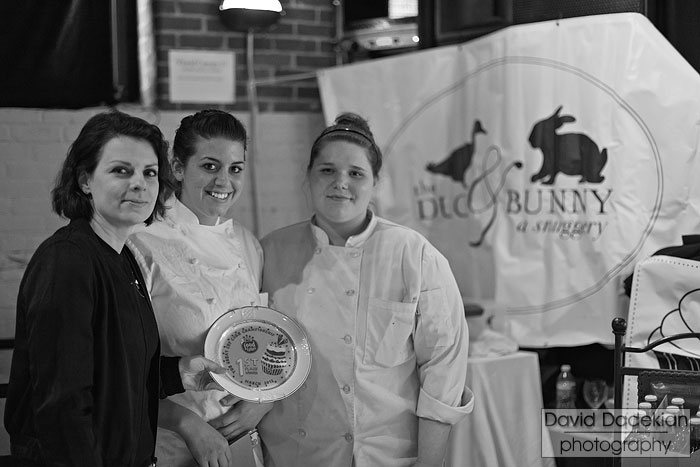 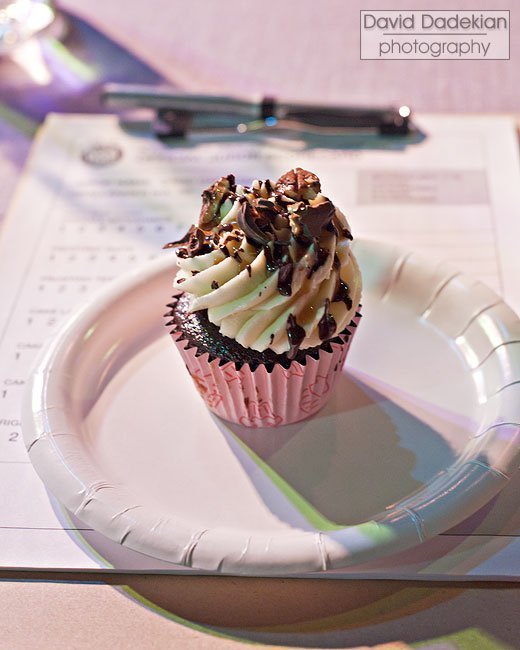