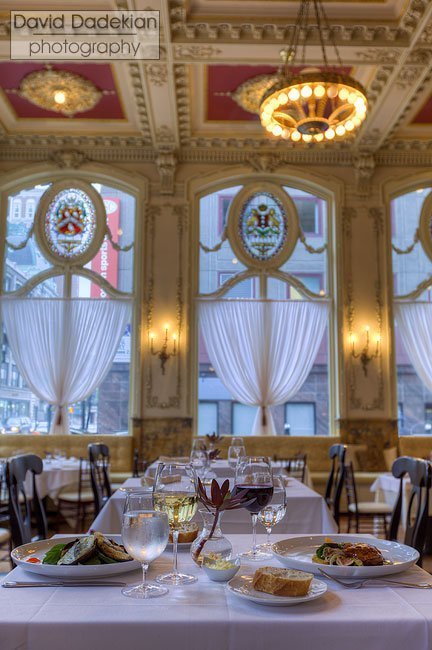 The accolades continue to pour in for The Dorrance. Those of us who’ve eaten there know it’s one of the best new places to eat and drink in Rhode Island but now Bon Appétit magazine’s Foodist, Andrew Knowlton, has chose the Providence restaurant as one of the Top 50 Best New Restaurants in the country.

This latest praise comes on the heels of a mention of the restaurant in the New York Times, the nomination of Executive Chef Benjamin Sukle to Food & Wine‘s The People’s Best New Chef, as well as the James Beard Foundation placing Sukle on the semi-finalist list for Rising Star Chef of the Year and naming The Dorrance a semi-finalist for Best New Restaurant.

Sukle was happily surprised by the announcement on Wednesday. “We’re extremely humbled and grateful for the acknowledgment,” Sukle said. “We’ve been very fortunate since we’ve opened. This is a testament to the hard work that everyone puts in here at The Dorrance.”

Bon Appétit‘s Top 50 Best New Restaurants will be pared down by Knowlton to his Top 10 on August 14. We wish The Dorrance the best of luck in advancing to the final list.

Disclosure: The Dorrance has been a past photography client.

Have you visited Chez Pascal’s Wurst Window for lunch yet?