The fourth Rhode Island Food Fights event of 2013, The Spectacular Cookie Smackdown, was held this past Sunday, December 8th at Fête in Providence. Eleven area restaurants specializing in cookies and sweet treats competed to see who had the best, according to a panel of four culinary judges (which included this writer), along with competing for the People’s Choice. Three trophies, created by Ahlers Designs, were awarded to the winners, along with gift cards donated by Whole Foods Market Providence.

According to judges Chef Andrew Shotts of Garrison Confections, Shawna Lawton of Whole Foods Market, Chef Maria Meza of El Rancho Grande and David Dadekian of Eat Drink RI, first place went to Ellie’s Bakery of Providence for their lime glazed sugar cookie. A very close second place went to last year’s champion, Eye Cookies of Barrington, for their “Baking Bad” cookie. People’s Choice was awarded to Woonsocket’s own Under the Olive Tree. Congratulations to all the winners. 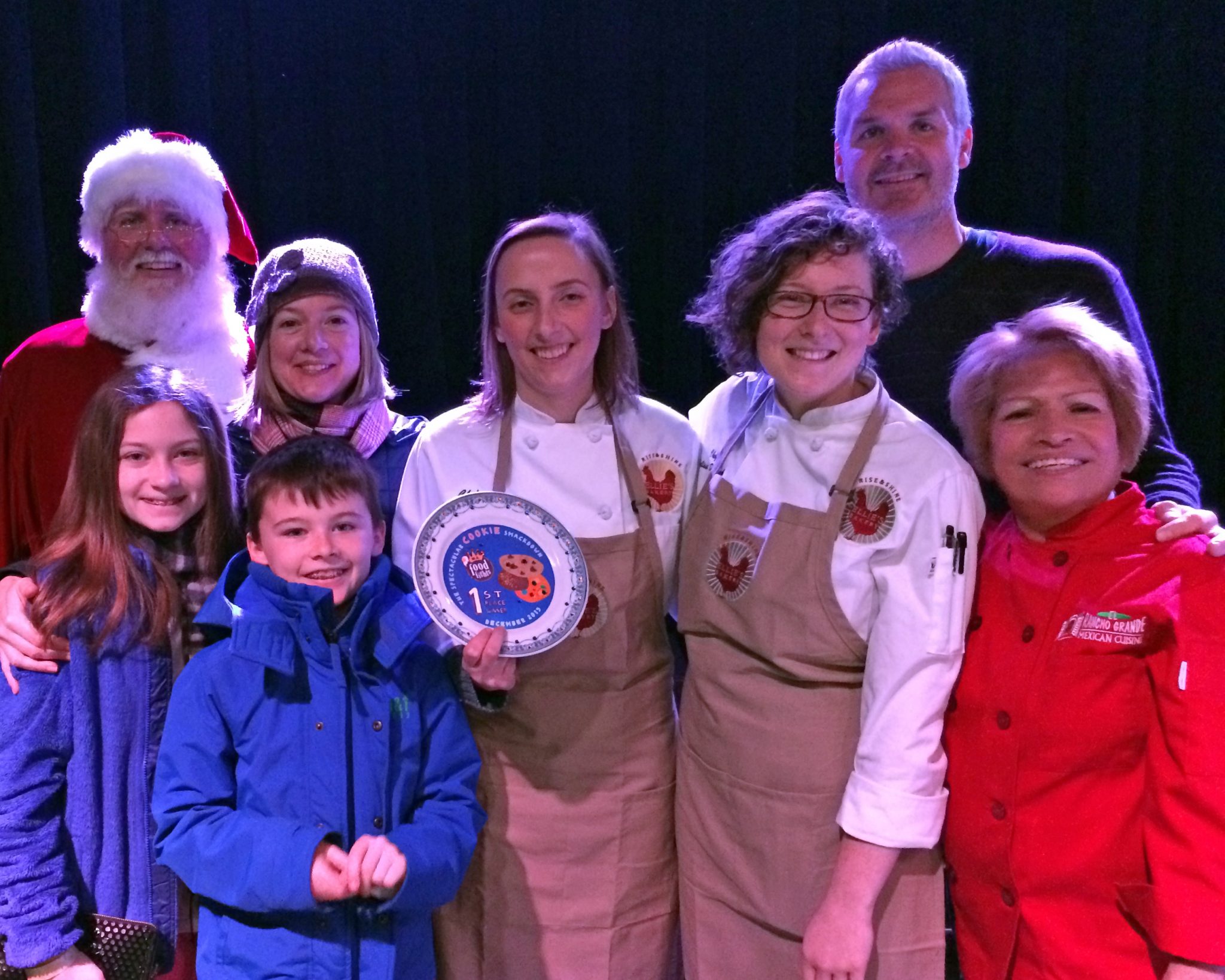 Winners of The Spectacular Cookie Smackdown, Ellie’s Bakery. Holding trophy is Ellie’s baker Danielle Lowe, to her left is owner Ellen Slattery with her two children (and Santa!), to the right are Pastry Chef Melissa Denmark and judges Chefs Andrew Shotts and Maria Meza