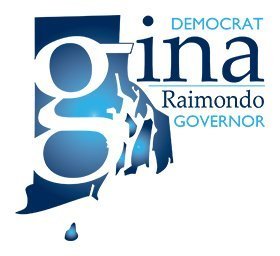 Ed. note: Eat Drink RI’s David Dadekian is on the Raimondo Inaugural Committee and is very excited to be incorporating local restaurants and food & drink producers into the events listed in the following news release. More details to follow.

The Raimondo Inaugural Committee today announced plans for the 2015 inauguration of Gina Raimondo and the other General Officers. The theme is “Make It In Rhode Island” and the inaugural celebration will highlight some of the best Rhode Island has to offer and the potential of our state to provide opportunities for everyone.

On Tuesday, January 6th, traditional engagement ceremonies for the five General Officers – Governor-elect Gina Raimondo, Lieutenant Governor-elect Daniel McKee, Secretary of State-elect Nellie Gorbea, Attorney General Peter Kilmartin and General Treasurer-elect Seth Magaziner will be held on the South Portico of the Rhode Island State House beginning at noon. In the case of inclement weather, the ceremony will be moved to nearby Veterans Memorial Auditorium. A receiving line for the public to greet the new Governor and the other General Officers will take place immediately following the ceremony at the State House.

A celebratory WaterFire will be held Tuesday evening beginning at 6pm with each General Officer hosting his or her own public reception at a Providence restaurant near the water.

On Saturday, January 10th from 11am-2pm, Governor Raimondo and her husband Andy Moffit, will invite all Rhode Islanders to an Open House at the State House. Rhode Islanders will have the opportunity to sample tasty food from local restaurants, enjoy great performances from a variety of local groups and explore the beautiful State House. Attendees are encouraged to donate a non-perishable food item to the Rhode Island Food Bank — drop-off boxes will be available at the Open House.

Immediately following the Open House, the new Governor and her family will host a family ice skate at the Providence Rink near Kennedy Plaza from 2pm-3pm on Saturday.

“I’d like to invite all Rhode Islanders to participate in the inaugural celebration,” said Governor-elect Raimondo. “While there is so much work to be done, together we can bring about a Rhode Island renewal. From unique events like WaterFire, fantastic local restaurants and food and beverage producers, our incredible diversity and talented young people, we have everything we need to make it in Rhode Island. I’m thrilled to have the opportunity to showcase what we can build on for Rhode Island’s comeback.”

All events will be free and open to the public. More details about each event will be announced in coming days. WaterFire, the Open House at the State House and the family ice skate will be privately funded at no expense to the taxpayer.