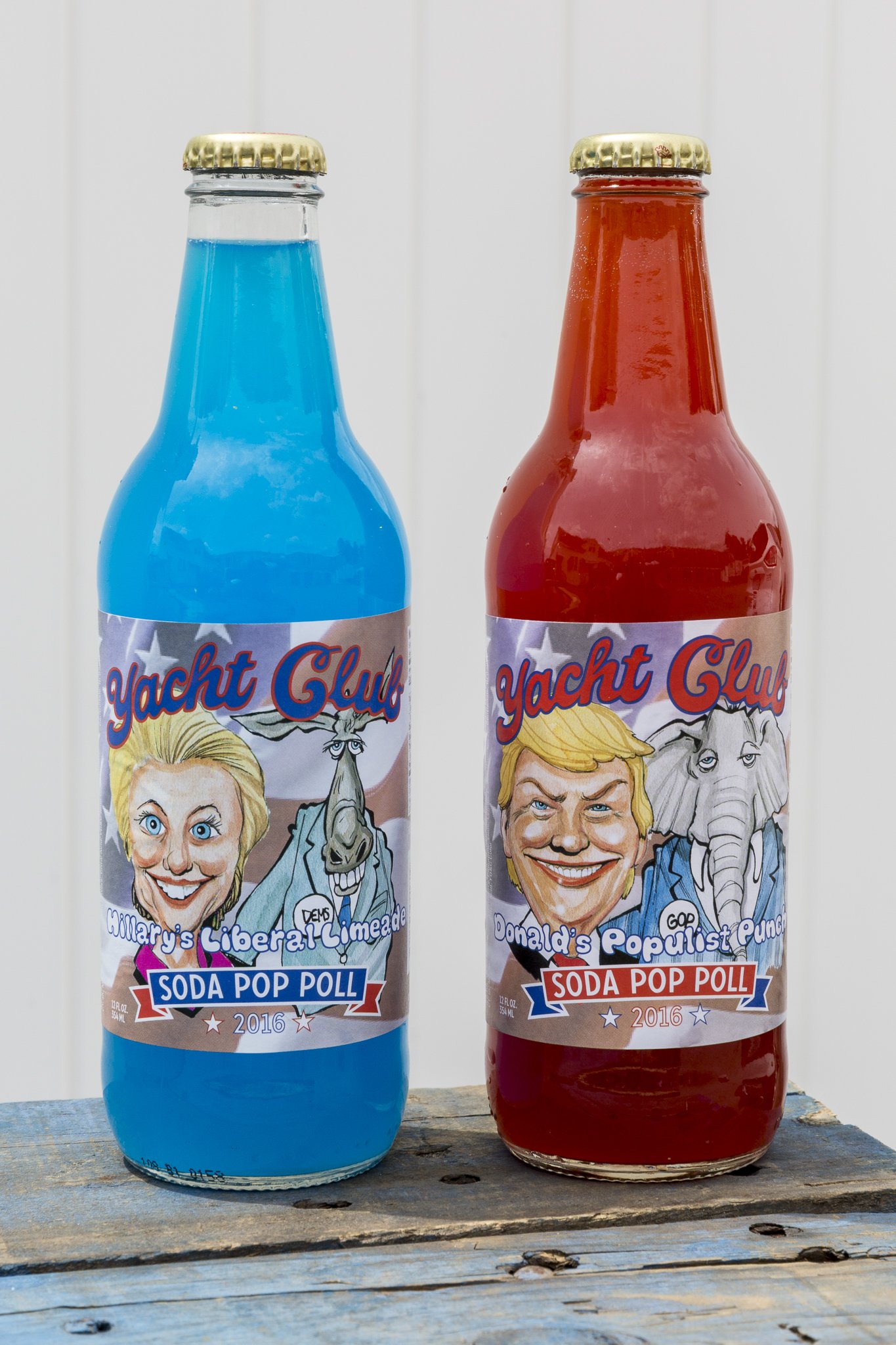 Yacht Club Bottling Works, celebrating their 101st year in operation, added another twist to this year’s presidential election with their “Soda Pop Poll” duo of drinks – Hillary’s Liberal Limeade & Donald’s Populist Punch, along with the addition of Gary’s Sassy Sarsaparilla, Yacht Club is now ready to release the results of the poll, announcing which political pop New Englanders like best.

“The results are in and sales show that by a very close margin, New Englanders love the flavor of Donald’s Populist Punch best,” said John Sgambato, owner of Yacht Club Bottling Works. “Thank you to everyone who purchased the Soda Pop Poll sodas. I hope it was a fun way to make it through this election year. We really appreciate your support and look forward to creating more political pops in the future.”

There were 48,048 bottles of Yacht Club Soda sold in the Soda Pop Poll and the final “vote” count is:

The results were announced by Sgambato in live video on NBC 10 WJAR’s Facebook page at noon on Election Day, alongside Governor Gina Raimondo, Senator Jack Reed and Warwick Mayor Scott Avedisian, encouraging people to get out and vote.

These were the first politically charged beverages released by the Official Soda and Water Company of Rhode Island. The Sgambato family hopes purchasers enjoyed having a friendly debate with friends while choosing their favorite of the two. Hillary’s Liberal Limeade has a raspberry lime flavor, while Donald’s Populist Punch is a traditional fruit punch that begins with a strawberry flavor and ends with notes of peach.

The “Soda Pop Poll” flavors are available until sold out, along with the always available complete line of Yacht Club sodas and seltzers at the company store (8 a.m. – 5 p.m. Monday & Tuesday, 8 a.m. – 6 p.m. Wednesday-Friday, 8 a.m. – 3 p.m. Saturday, closed Sundays), at select stores throughout Southeastern New England, and at farmers markets.