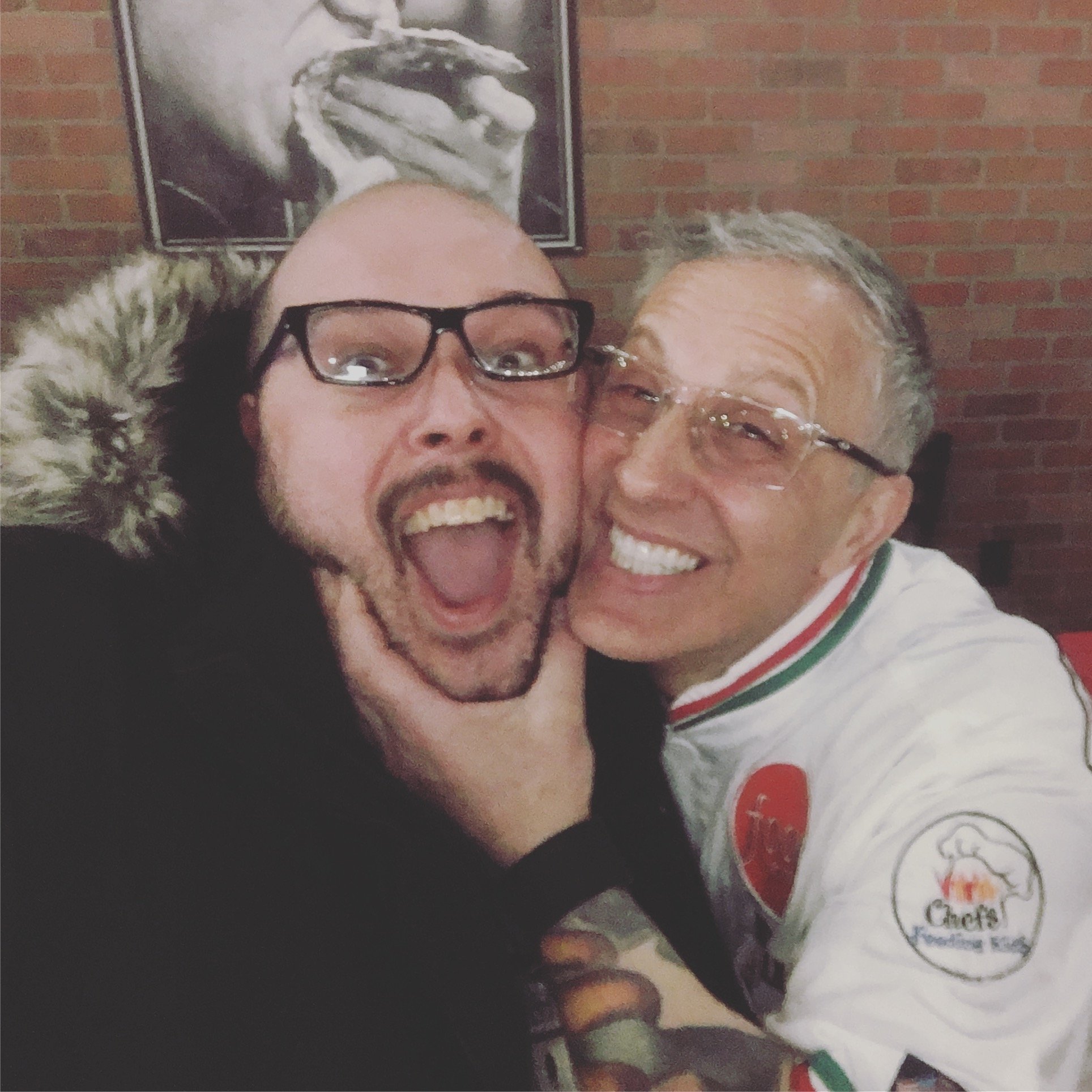 The Blogetarian with Chef Billy Manzo

On what had been the coldest nights of March so far this year, I was fortunate enough to have been invited to the warmest of hearths! I was gleefully in attendance at the Eat Drink RI media night for the Grand Opening of Federal Hill Pizza‘s newest location in Providence on Chalkstone Ave. As I arrived I was greeted by complimentary valet, and some very handsome valet attendants, if I do say so myself! 😉

Inside, it felt like the warmest of homes. Everyone was celebrating Chef Billy Manzo’s and his wife Christine’s success.

As soon as I walked through the door, I was very quickly ushered over to the meatballs and couldn’t get enough of them. I would have been happy just eating 10 of them and calling it a night, but I had to explore a beautiful display of delicious goodness which stretched on for what seemed like miles and miles.

Before anything else could happen, the star of the show, Chef Billy Manzo, grabbed me by the face in such a way that it made me feel like my imaginary Italian grandmother had come back from the dead to make me eat because I looked too thin, which is a far stretch. Chef Manzo is a superstar! His cooking has been featured on the Phantom Gourmet. He competes not only as an individual but also as a member of the World Pizza Champions in various pizza competitions around the globe. He has also been featured on the Food Network and is only 1 of 2 certified Master Pizzaioli in the United States.

After my brush with culinary royalty, I was hungry. The meatballs were indeed the best way to start off the night and then I couldn’t wait to dig into some crunchy, crispy, and still light and airy, oh-so-perfect pizza crust. I didn’t care what was on top. You could have served me live goldfish baked into that crust and I would have devoured it whole. I heard so much about this crust and it totally lived up to its reputation.

The BBQ Chicken Pizza and the Mama’s Pizza are what I could grab among the packed house of friends, foodies and dignitaries celebrating this awesome occasion. I explored the rest of the space which included an amazing stage with a huge projection screen on the wall paying homage to the building’s original use as a vaudeville theater! The large vinyl prints that covered the walls were reminiscent of vaudevillian art posters advertising old-timey sideshow attractions.

As I continued to explore, I saw a line forming at the table for dessert. As the crowd shifted to the chef who was about to bring out a giant display of tasty treats, I knew I had to be first in line for whatever was about to top this already amazing evening. It was fried dough, coated in Nutella and sugar. Now, when I say melt in your mouth, I really mean, melt in your mouth. It was sweet, it was warm, it was melty, it was everything I’ve ever wanted in life. Dessert was gone in a flash, otherwise I would have wrapped up as many as I could carry and eat them all night long.

When I ate all that I could, I made my way back to my car, without stolen desserts, but instead with a full heart, a full belly and my new favorite pizza place! 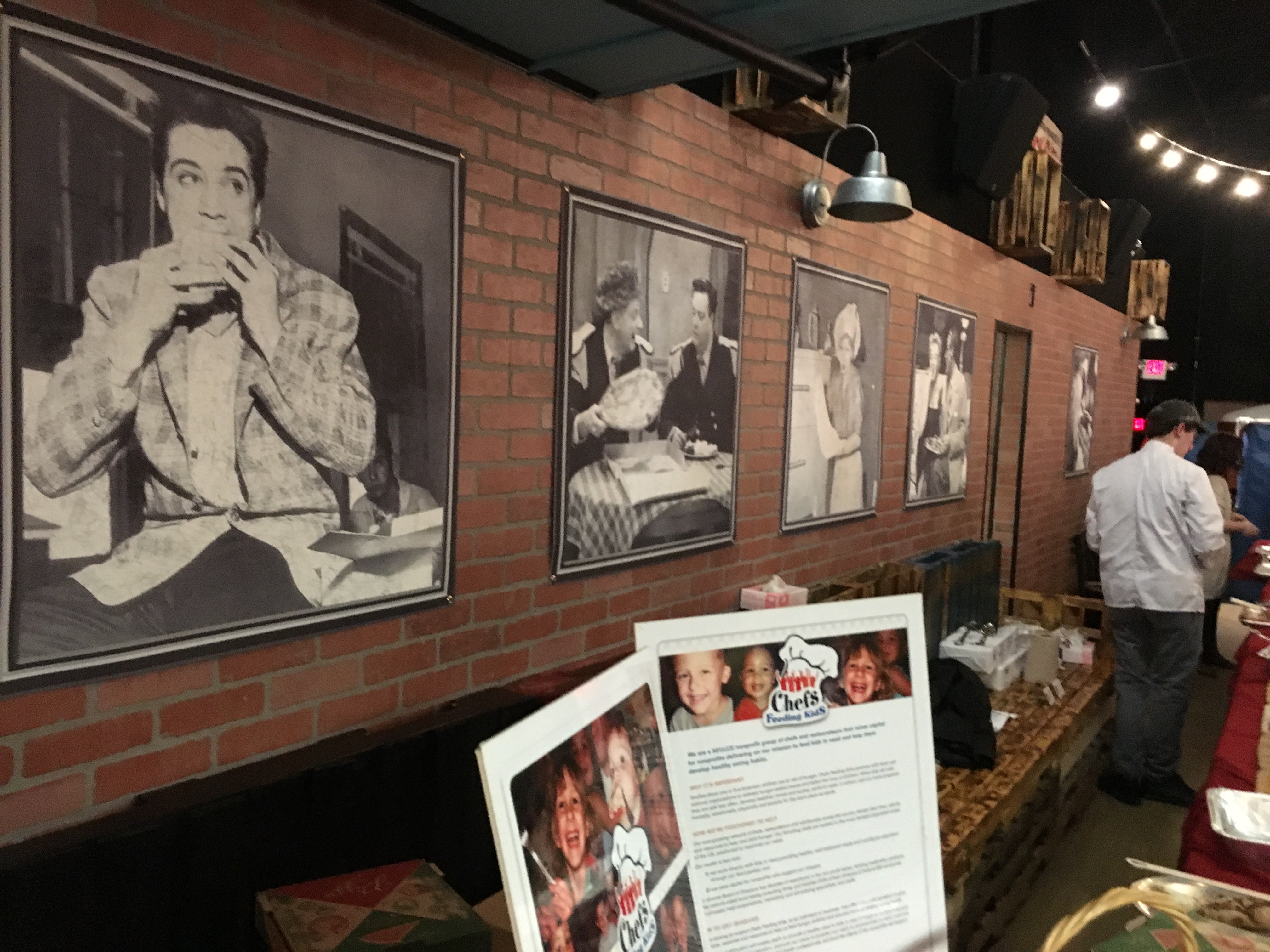 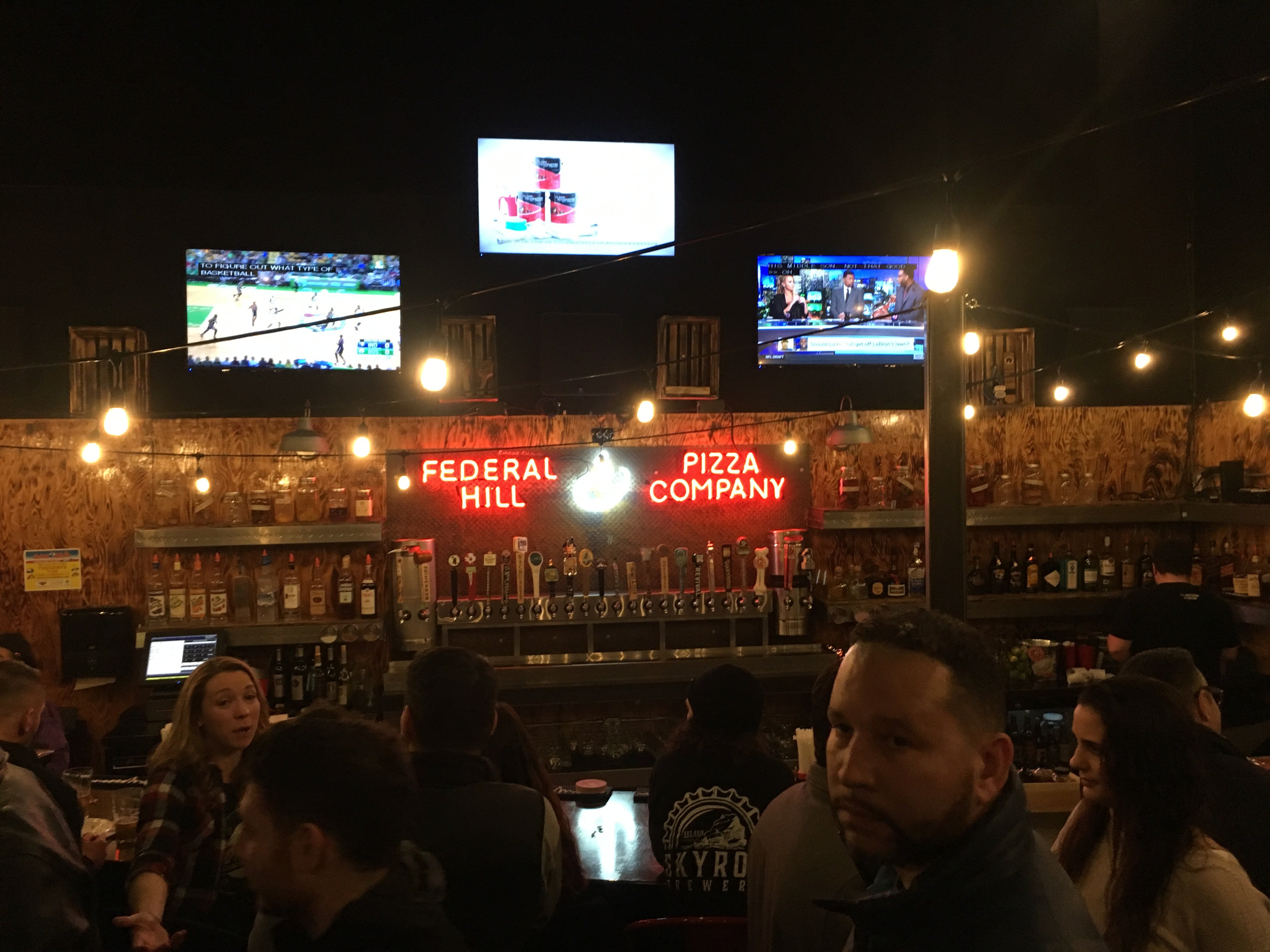 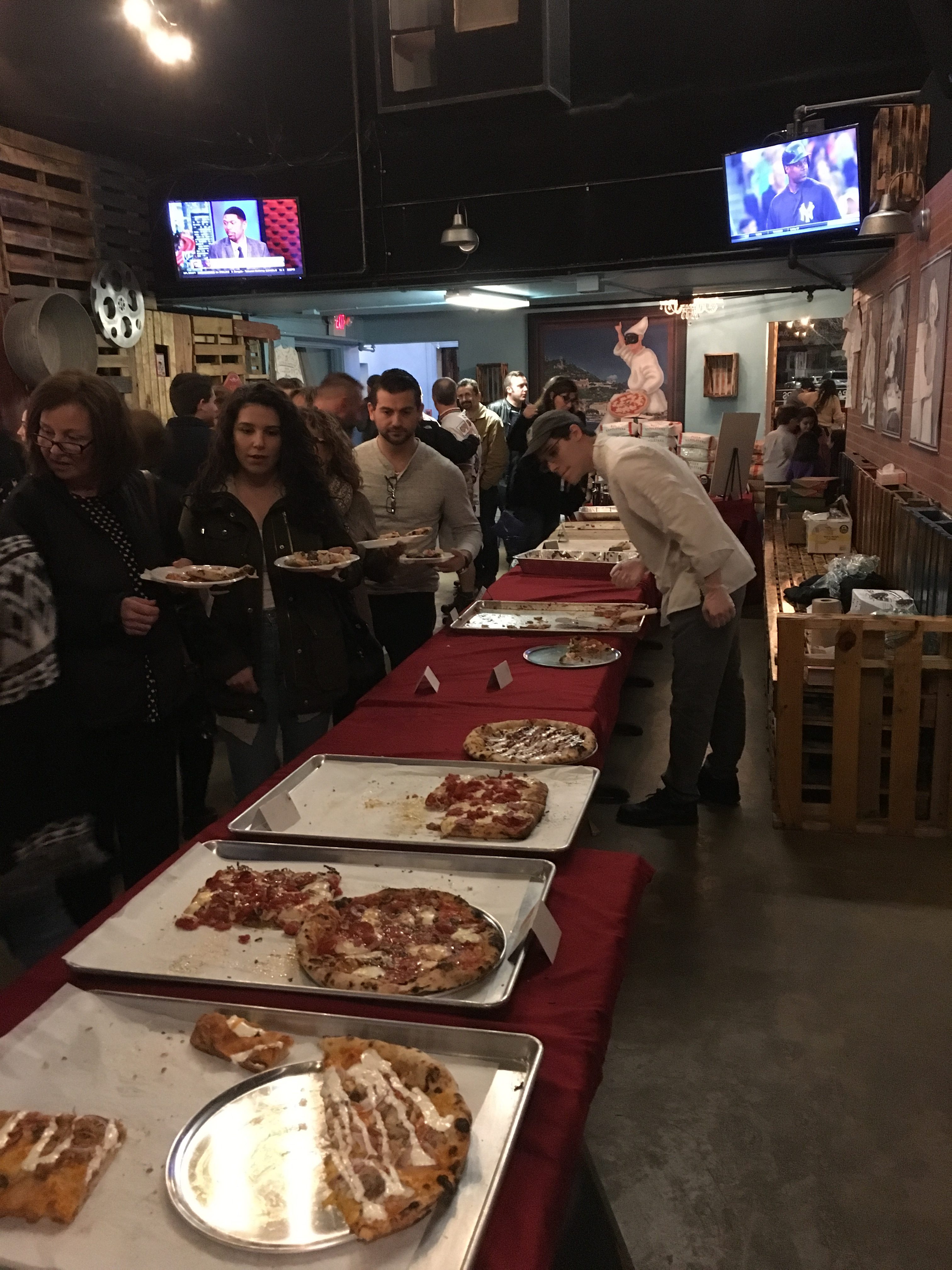 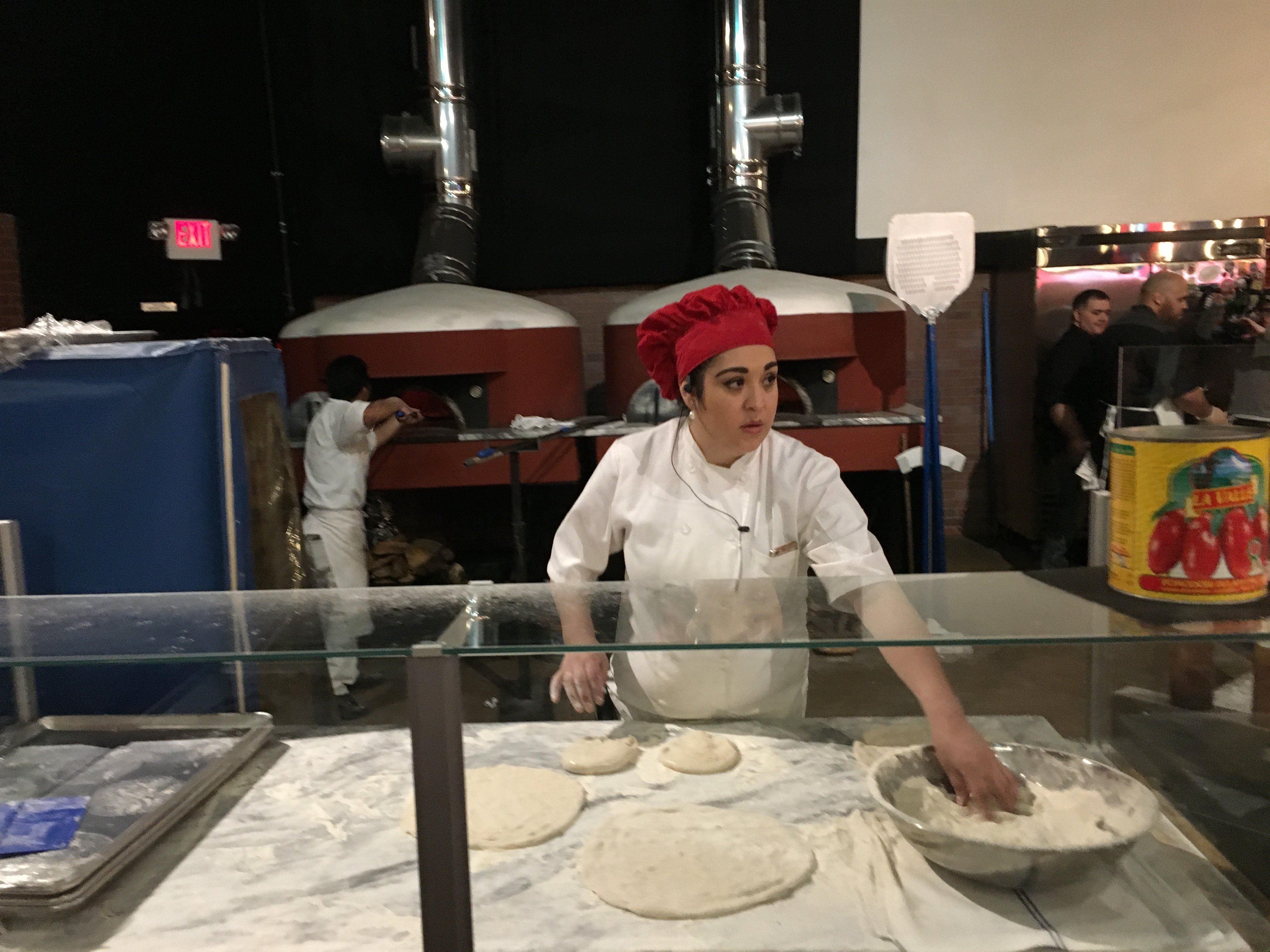 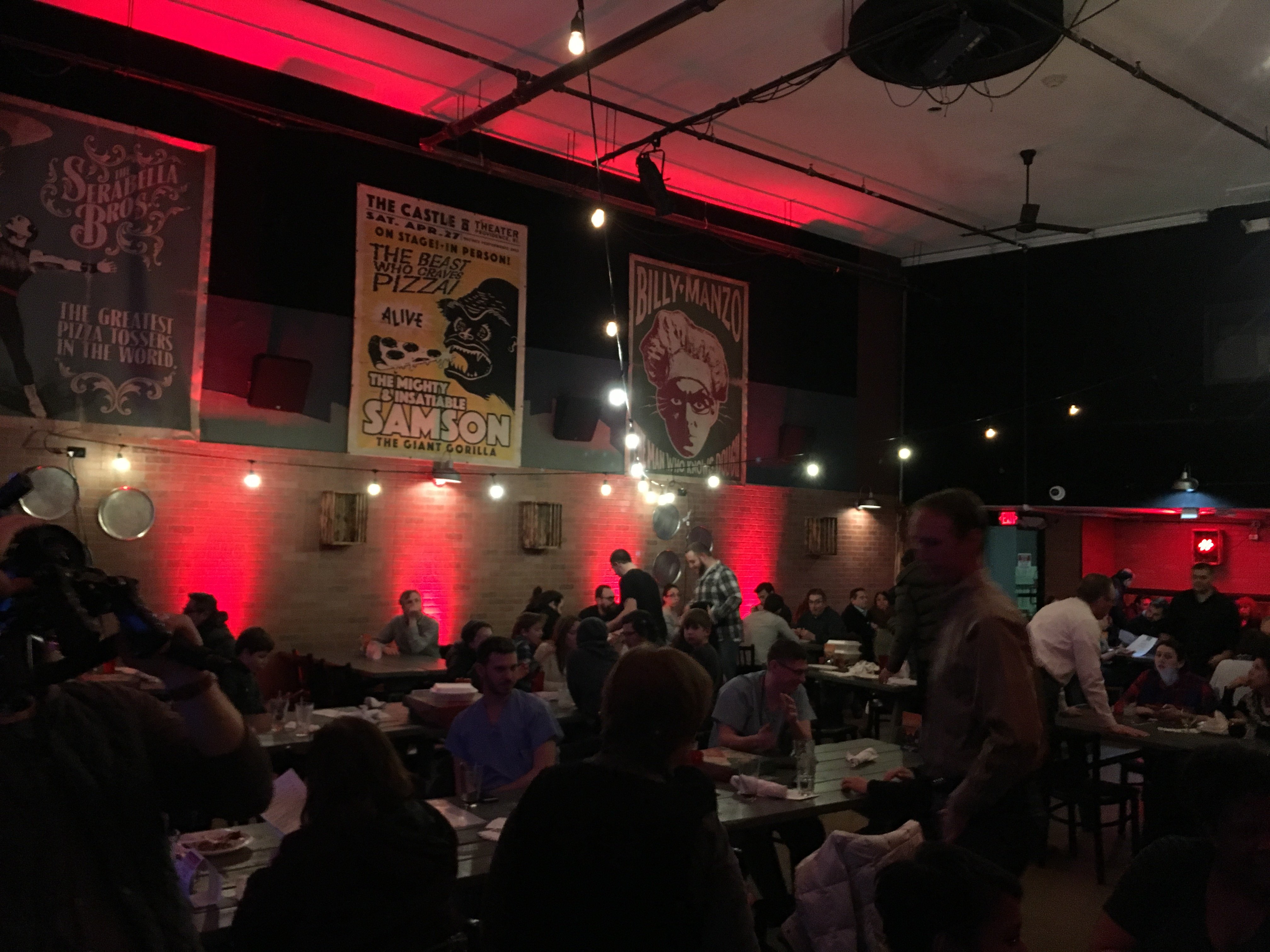 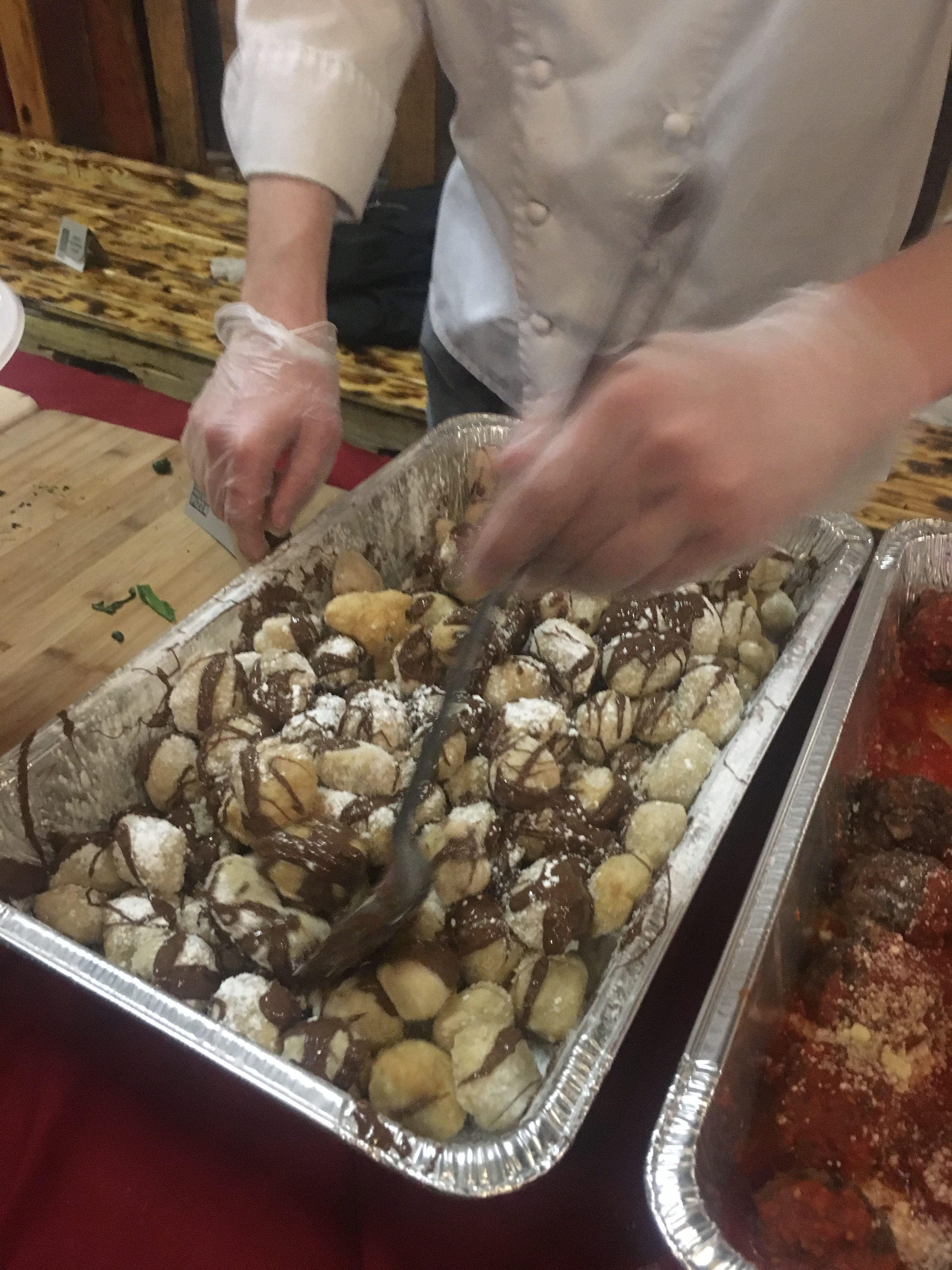 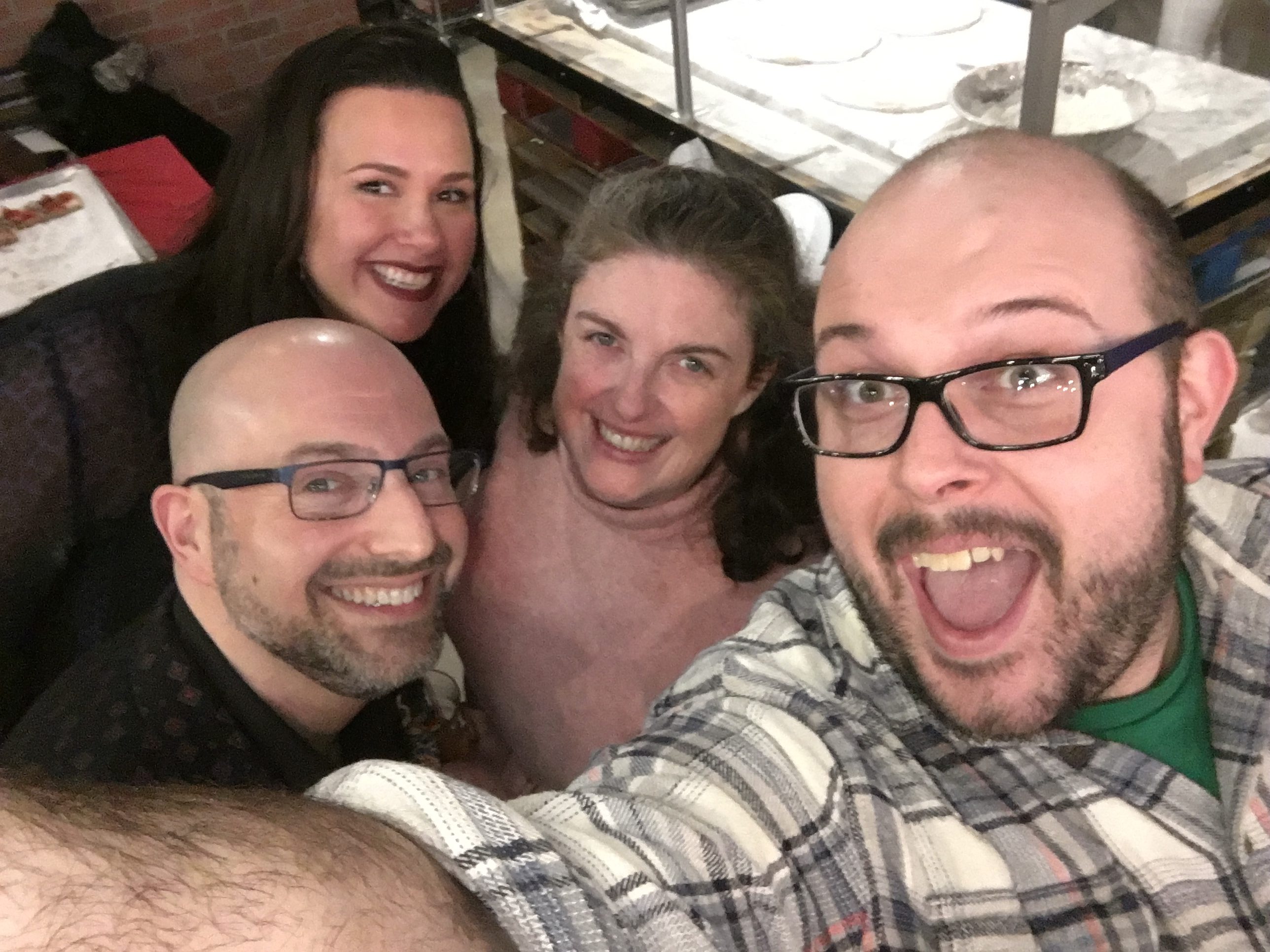 The Blogetarian’s Review: The Village