UPDATED (more comments below) The  James Beard Foundation 2012 Restaurant and Chef Award Semifinalists were announced this morning and a number of Rhode Island chefs and restaurants are included on this year’s list. The semifinalists in our area are:

Rising Star Chef of the Year: Benjamin Sukle of The Dorrance

The Semifinalists will be narrowed down to a list of finalists on March 19 and then winners be announced at the Awards Gala in New York City on May 7 in what is essentially the Oscars® of the food world. For the complete list of semifinalists you can view the Foundation blog here. Eat Drink RI has reached out to all the semifinalists and will be publishing their comments here as the day progresses.

Benjamin Sukle, Executive Chef at The Dorrance (Rising Star Chef of the Year and Best New Restaurant): “It’s awesome. The team and I work our asses off every day. We aren’t doing it for the recognition, but to be mentioned by the Foundation is such an honor and privilege and only helps justify the 16-hour days! As for Best New Restaurant, this is the most gratifying as a team. No award is gotten single-handedly. My right-hand man, (Sous Chef) Ed Davis, certainly deserves to be mentioned in these awards. I can’t wait to see what happens. Congratulations to everyone else nominated.”

Scott Pinocci, General Manager at Cook & Brown Public House (Outstanding Bar Program): “It’s a great honor to be on this list. Obviously it’s a testament to the hard work of the bartenders that we have now, and all the bartenders that have worked with us in the past.  Congratulations to all the Rhode Island nominees. It’s all well-deserved and shows how far Rhode Island has come on the national scene. It’s very exciting for the entire RI hospitality community.”

Nemo Bolin, Chef/Co-Owner at Cook & Brown Public House (Outstanding Bar Program): “This is f___ing awesome news. Our bar crew kills it every day and it’s great to get the recognition. I would love to take all of the credit but it really goes to Scott [Pinocci] and our awesome bartenders.”

Champe Speidel, Chef/Co-Owner at Persimmon (Best Chef: Northeast): “I’m thrilled to be on the list and thrilled to be in the company we are in. It’s good for our location. It shows we’re on the right track and doing the right things. I’m very appreciative.”

Matt & Kate Jennings, Chefs/Owners at Farmstead, Inc. (Best Chef: Northeast): “We are so appreciative for being nominated for Best Chef Northeast category. While we can only set the tone, this nomination is for our staff, who work so hard everyday to make Farmstead & La Laiterie what it is. It is awesome to see Rhode Island represented on the Semifinalist list, in such great numbers. A huge pat on the back to all of the nominees from the Ocean State- it is time that Rhode Island got it’s due!” 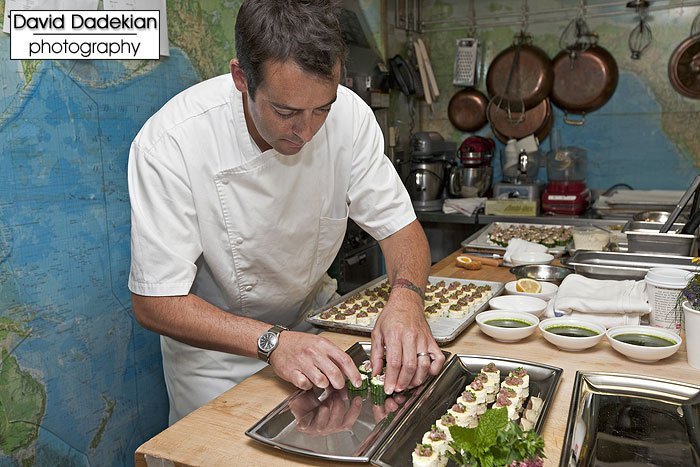 On Thursday, June 17th, the Rhode Island Tourism division along with members of the Providence/Warwick and Newport Convention & Visitors Bureaus hosted a Rhode Island Farm, Vine and Sea to Table luncheon at the James Beard House in New York. Four Rhode Island chefs were invited to prepare dishes made almost entirely from local ingredients, paired with wines from the state’s three wineries. Chef Matt Gennuso from Chez Pascal in Providence prepared the passed hors d’oeuvres, Chef Michael Conetta from The Mooring Seafood Kitchen & Bar in Newport prepared a salad course, Chef Matthew Varga from Gracie’s in Providence prepared the entrée course and Chef Kevin Thiele from One Bellevue at the Hotel Viking in Newport prepared dessert.

The luncheon showcased Rhode Island as a local food and wine travel destination, and guests were writers from major media travel magazines, newspaper and Web site travel sections. It was hosted by RI Tourism Trade Manager Katrina White with presentations by all four chefs along with Director of Tourism Mark Brodeur, DEM Agriculture Chief Ken Ayars and Farm Fresh RI Director Noah Fulmer. Steve Krohn from Sakonnet Vineyards was on hand to discuss the wines.

All of the guests were given an “I Got Fresh In RI” reusable canvas bag containing a number of RI local treats. Hopefully they also walked out of the Beard House with a good understanding of how local, healthily raised food is abundantly available in Rhode Island and that our restaurants are a treasure trove of great farm-fresh menu items. Rhode Island’s restaurants have always been a great tourist destination for food lovers and perhaps our farms will give visitors yet another thing to see here. 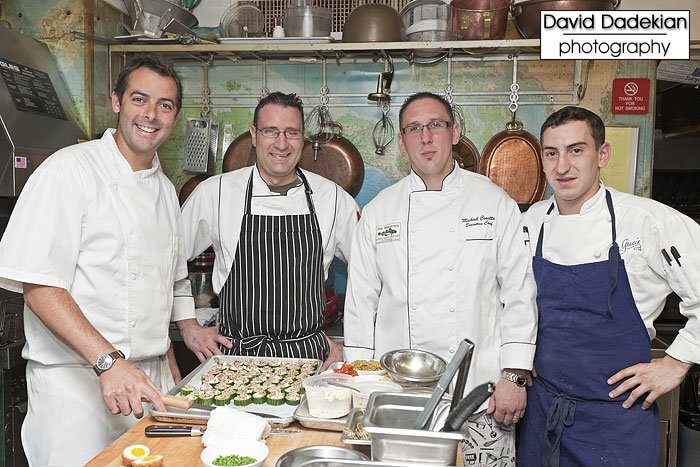 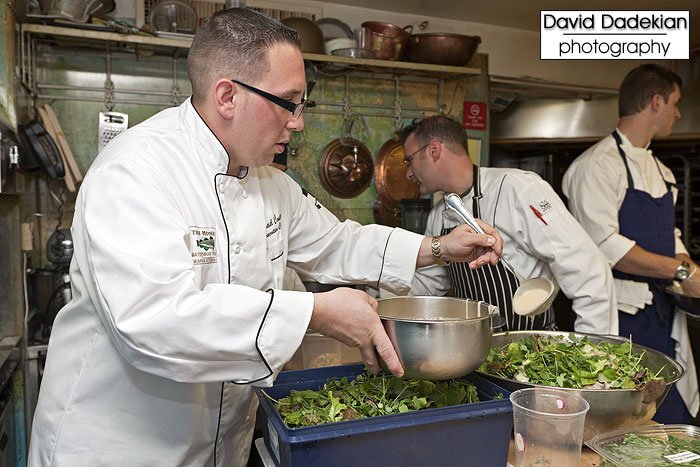 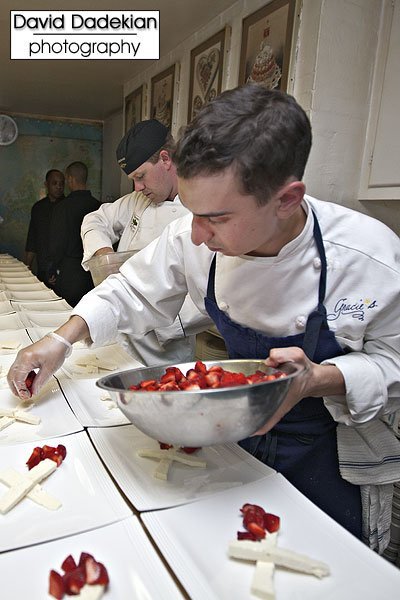 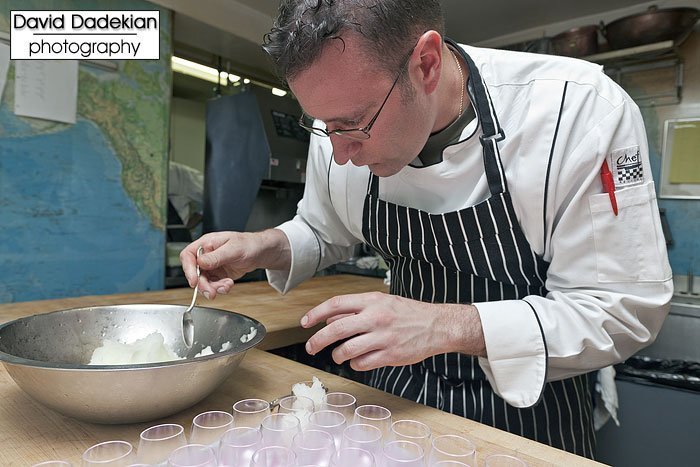 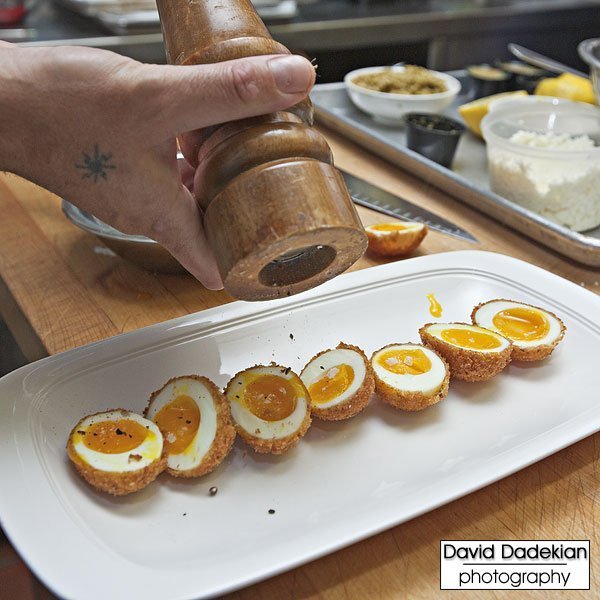 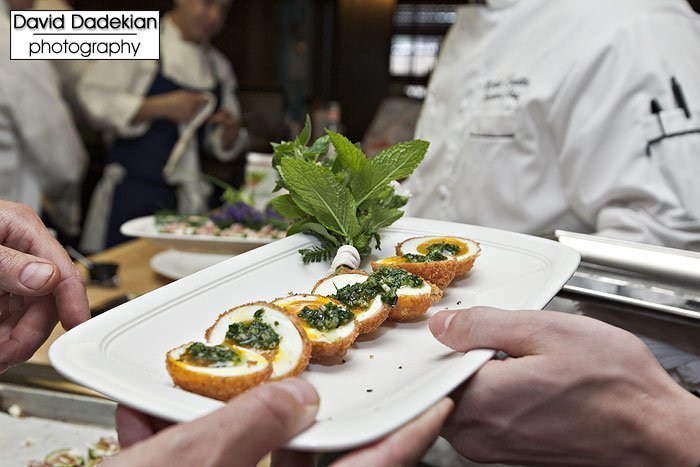 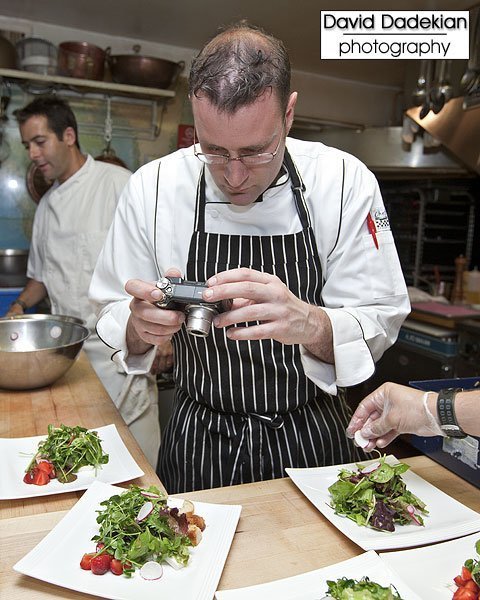 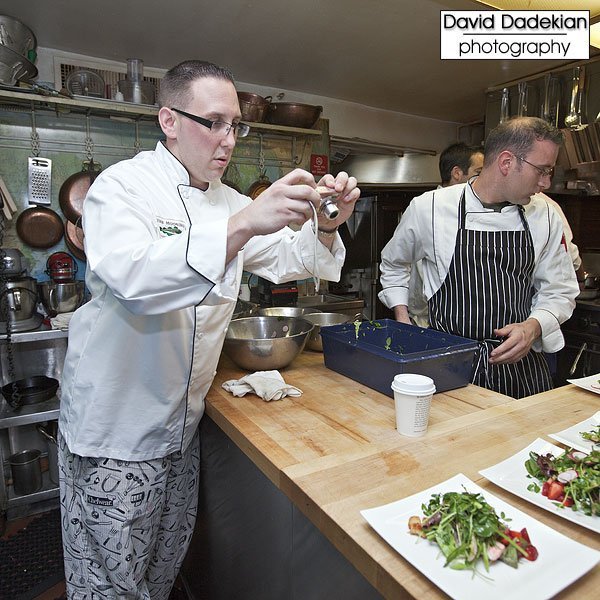 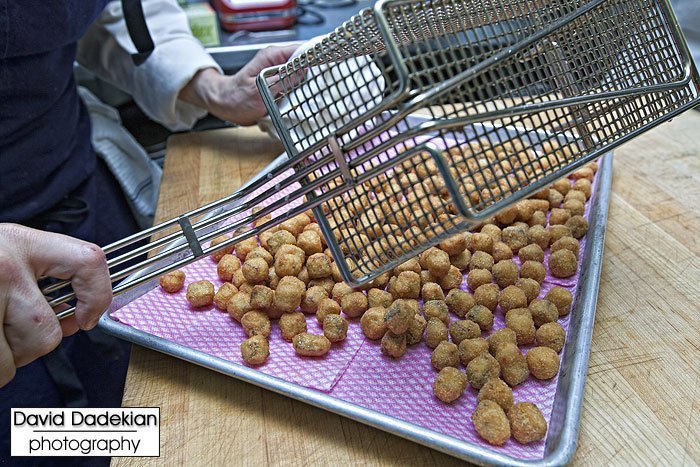 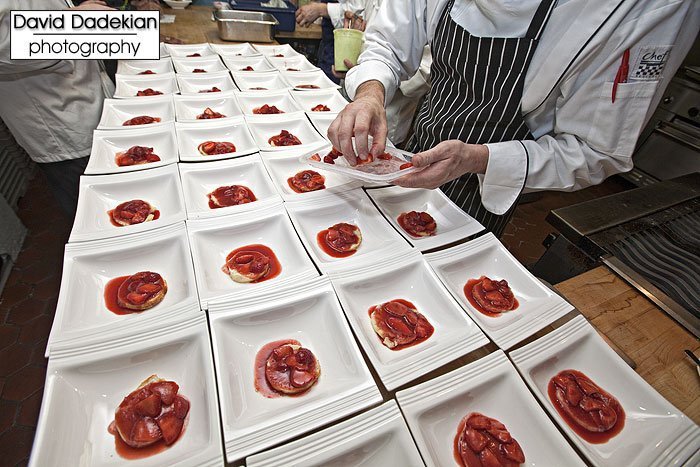 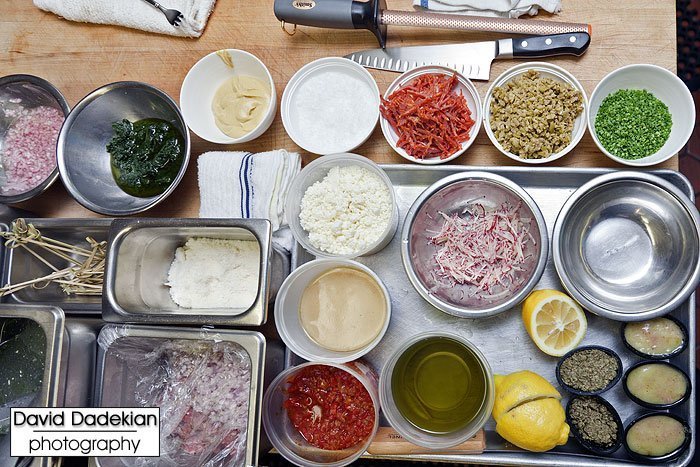 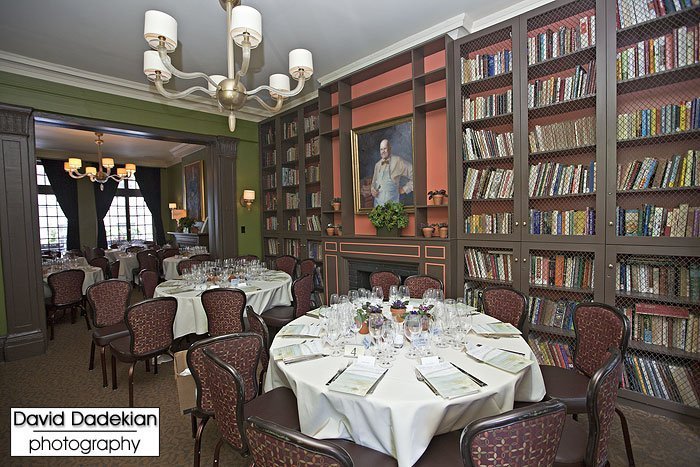 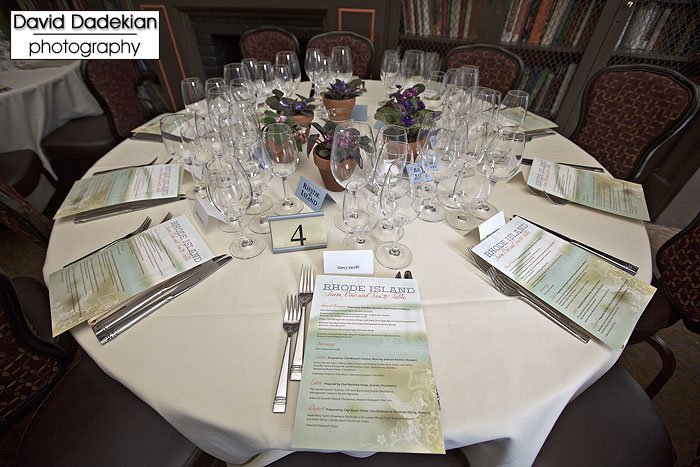 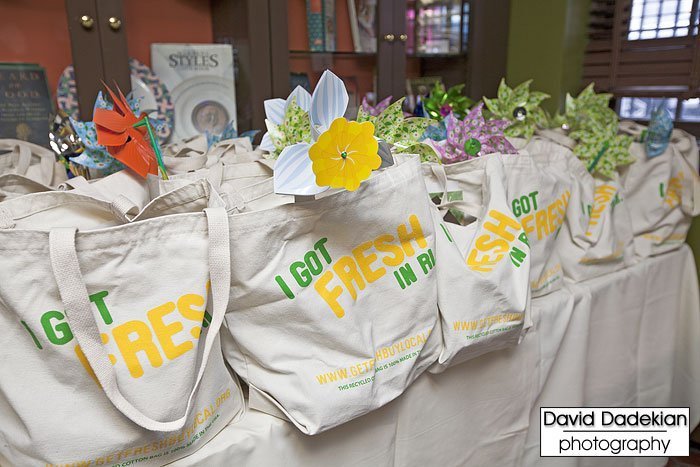 "I Got Fresh in RI" www.getfreshbuylocal.org reusable canvas bags