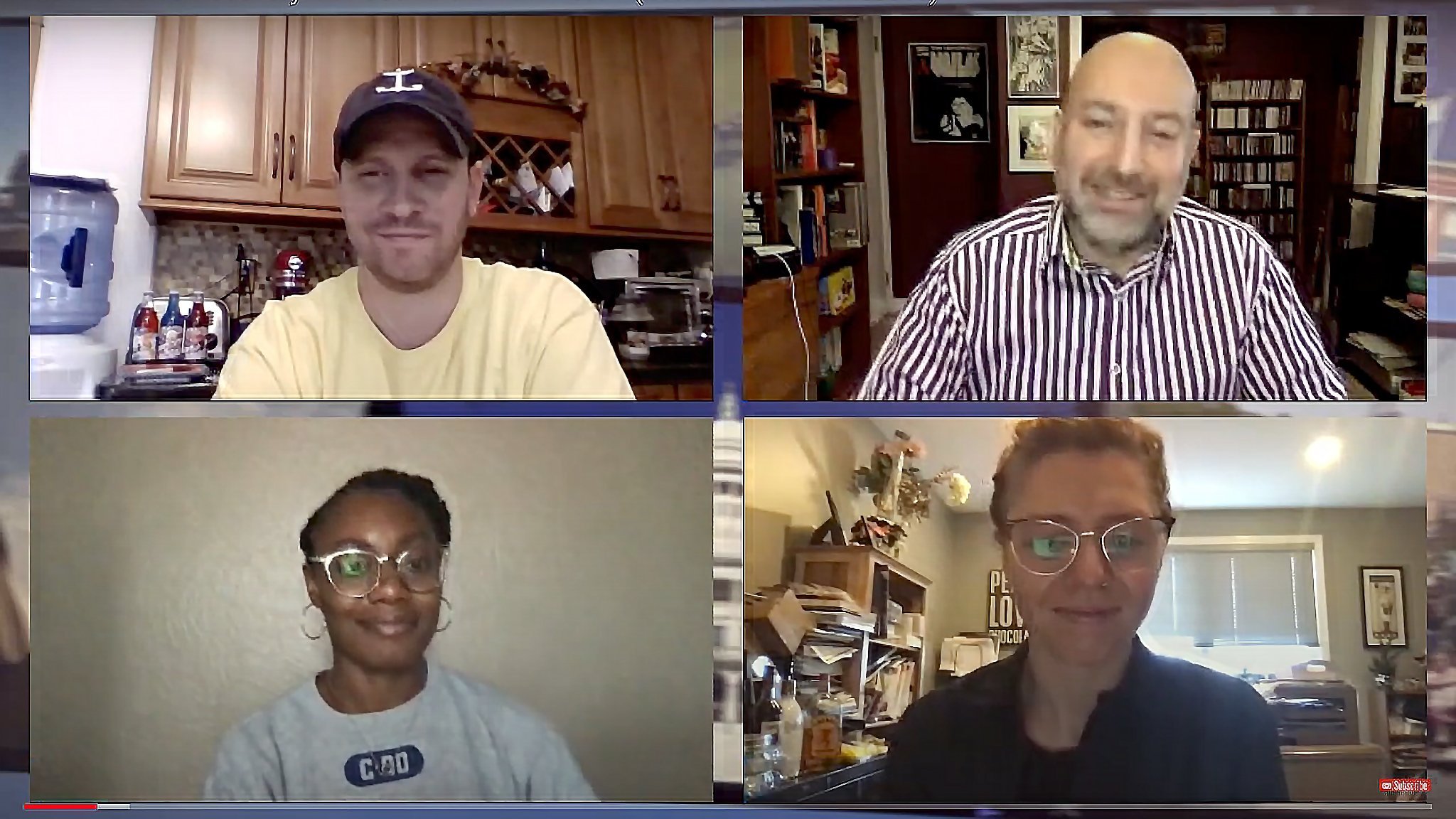 The Rhode to Recovery: RI Food and Drink, Part 1 of 4

Amica Insurance is teaming up once again with the Rhode Island Community Food Bank, United Way of Rhode Island and Crossroads Rhode Island for the Amica $75,000 Community Challenge. Amica will match donations from people or businesses, dollar for dollar, up to $25,000 per charity, until Monday, March 3. Visit this donation page to make a gift to the Food Bank that will be matched by Amica. Thanks for participating in the Challenge!

Today at the Fertile Underground Natural Cooperative, members of the medical and farming communities and concerned community members came together to encourage local action on a critical public health issue. Concerned residents and community leaders gathered to support the Providence City Council in anticipation of their vote to pass a local resolution in support of a federal ban on the misuse of antibiotics on factory farms.

The routine daily use of antibiotics on livestock, whether or not they are sick, is directly linked to the creation of antibiotic-resistant bacteria, which have become a serious human health threat. Federal legislation, the Preservation of Antibiotics for Medical Treatment Act (PAMTA) in the House and the Prevention of Antibiotic Resistance Act (PARA) in the Senate, would prevent medically important antibiotics from being used needlessly on healthy farm animals. Food & Water Watch and local residents are calling on City Council to pass a resolution calling on Rhode Island’s congressional delegation to support the bill.

“We need to make a stand to eliminate the practice of pumping our livestock full of drugs, simply because they’re raised in deplorable conditions, in order to make more money and make it faster,” said David Dadekian, President of Eat Drink RI and partner with Blackbird Farm in Smithfield, Rhode Island, in a statement. “Rhode Island has been a leader in growing and distributing local food. Let’s see it be a leader in raising healthier, antibiotic-free meat.”

“We are facing a major health crisis brought about by the widespread use of antibiotics on healthy animals on factory farms,” stated Dr. Sarah Davenport, a local pediatrician and active campaign volunteer. “Strains of bacteria that were once only present in high risk environments are now widespread in the community.”

“All of the major health institutions, including the American Medical Association and World Health Organization, agree that antibiotics are losing their effectiveness,” added Gus Fuguitt, Providence field organizer with Food and Water Watch. “We can’t afford to let agribusiness wipe out life-saving antibiotics for the rest of us.”

Currently, factory farms across the country routinely feed livestock low doses of antibiotics to compensate for filthy living conditions and unnaturally promote growth. The practice creates a breeding ground for antibiotic-resistant bacteria, which are responsible for two million human infections and 23,000 deaths annually, according to a study released by the Center for Disease Control in September 2013. PARA would decrease the livestock’s unnecessary exposure to antibiotics, and help to preserve our medicine’s live-saving properties.

“The incidence of community acquired multi-drug resistant bacteria bred by these practices is rising at an alarming rate, which is a critical public health threat,” said Dr. Davenport.

“We can try our best to make the right choices as consumers, but many people don’t have the good fortune of knowing their farmer and what is in their food,” echoed Fuguitt. “We support the Providence City Council in doing the right thing and taking a stand for Rhode Island’s health.”

The resolution, sponsored by Councilman Seth Yurdin, is to be voted on at the February 6th City Council Meeting. If passed, Providence would become the first city in the country to pass a resolution in support of a federal ban on the misuse of antibiotics on factory farms. The meeting will be held at 7PM in the City Council Chambers, 3rd Floor, City Hall (25 Dorrance St, Providence, RI 02903). For more information on the campaign, visit www.foodandwaterwatch.org.

In our constant mission to bring new concepts and food to the West End and Providence, the boys and girls at north are crazy excited to announce that we will be opening a bakery this spring on the corner of Battey and West Fountain Streets! Kelly Dull has joined our team and will be heading up the pastry program at the space. It will be a non-traditional American bakery, in the spirit of north, open from the morning until early evening. An array of sweet and savory baked goods will be available – scones, cookies, breads, granola, wedding and non wedding cakes, either packed to go or to be eaten at our tables. We will also be offering full service coffee, produced by local roasters and prepared by dedicated baristas. The menu will be rotating as we go through the different growing periods, sourcing locally when we can, but with a focus on always being delicious – if a bit different.

north
north is a nontraditional American restaurant at 3 Luongo Memorial Square in Providence RI. It opened in September of 2012 and has garnered praise and criticism from lots of folks. It is run by a group of friends and is open for dinner seven nights a week.

Kelly Dull
Kelly has lived and worked in various places all over the country, including NYC, Cleveland, and LA. She feels incredibly lucky to have learned from some of the best chefs, pastry chefs, and cake decorators in the country, including Wendy Kromer of Martha Stewart Weddings fame. Kelly most recently worked in Chicago running the kitchen at a well-known bakery and teaching cooking classes on the side.

James Mark
James is the cook/owner/plumber/garbageman/shoveler/gopher/cat wrangler of north. He most recently worked at Nick’s on Broadway where he developed their in house bread program, among many other jobs, and the Red Fez where he was the head of hot dog R&D. In 2008 he helped open momofuku ko in NYC, and a year later he helped open Momofuku Milk Bar with Christina Tosi as their bread baker.

One of the pastry display cases at Sin Desserts new shop

Sin, an award-winning dessert bakery based in Providence, owned and operated by pastry chef Jennifer Luxmoore, has expanded into a storefront café and retail operation on the ground floor of their 200 Allens Avenue location. The shop is now open with a grand opening celebration planned for Saturday, April 14. In addition to cakes, the store sells an assortment of cookies, cupcakes, muffins, scones and what Luxmoore calls “cupcake shots”—mini versions of her cupcakes for 75¢. There is hot coffee and cold-brewed iced coffee for sale as well.

I’ve had the opportunity to sample many of Luxmoore’s desserts at various culinary events and a couple of weddings over the last few years. Her work has often jumped out at me as very flavorful and always a great dessert, while not being overly sweet. This past November I was a judge for the City of Providence‘s 375th birthday cake competition, which Luxmoore won, a decision I was happy to take part in. Her cake was beautiful and was also my favorite bite of the evening (the competitors served the judges cupcake samples of their larger creations to evaluate taste). That cake is on display in the retail space and you can find some photos of it on Facebook.

I stopped in to the store on it’s second day of being open. Luxmoore treated me to a Cheddar Bacon Scone and iced coffee while we talked about her opening this new part of her business. “We’d been having a bunch of people stop in over the course of the last year, thinking that we were a traditional bakery,” Luxmoore said. “Since we were only custom order, we didn’t have anything to give them. I hate to send people away without treats! So we started looking for a retail space, but didn’t find the right space. Everything was too big, too small or too expensive. Then late in [2011], I learned that the gallery space next to me was going to be open.”

After a remodel—which included the display cases, coffee preparation stand, a bookshelf of great pastry cookbooks and other reading materials, and seating for sixteen—the store was ready to open. “We’re starting out small—a few items and a few flavors of each item—and we’ll expand as we get busier. We have a great Cheddar and Bacon Scone and Blueberry Muffin, Chocolate Chip Cookies baked fresh every morning, plus a different cookie every week. We started out with our favorite Chipotle Peanut Butter! Plus we have Whoopie Pies, cupcakes and brownies, and of course Coffee and Iced Coffee,” Luxmoore said.

The Sin Desserts shop will be open Monday – Friday from 7 a.m. to 4 p.m. and Saturdays from 10 a.m. to 4 p.m. at 200 Allens Avenue in Providence. You can find Sin on Facebook and at eatwicked.com. 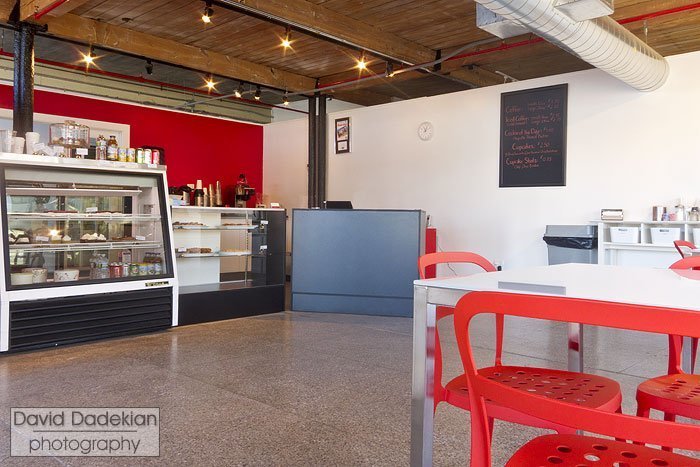