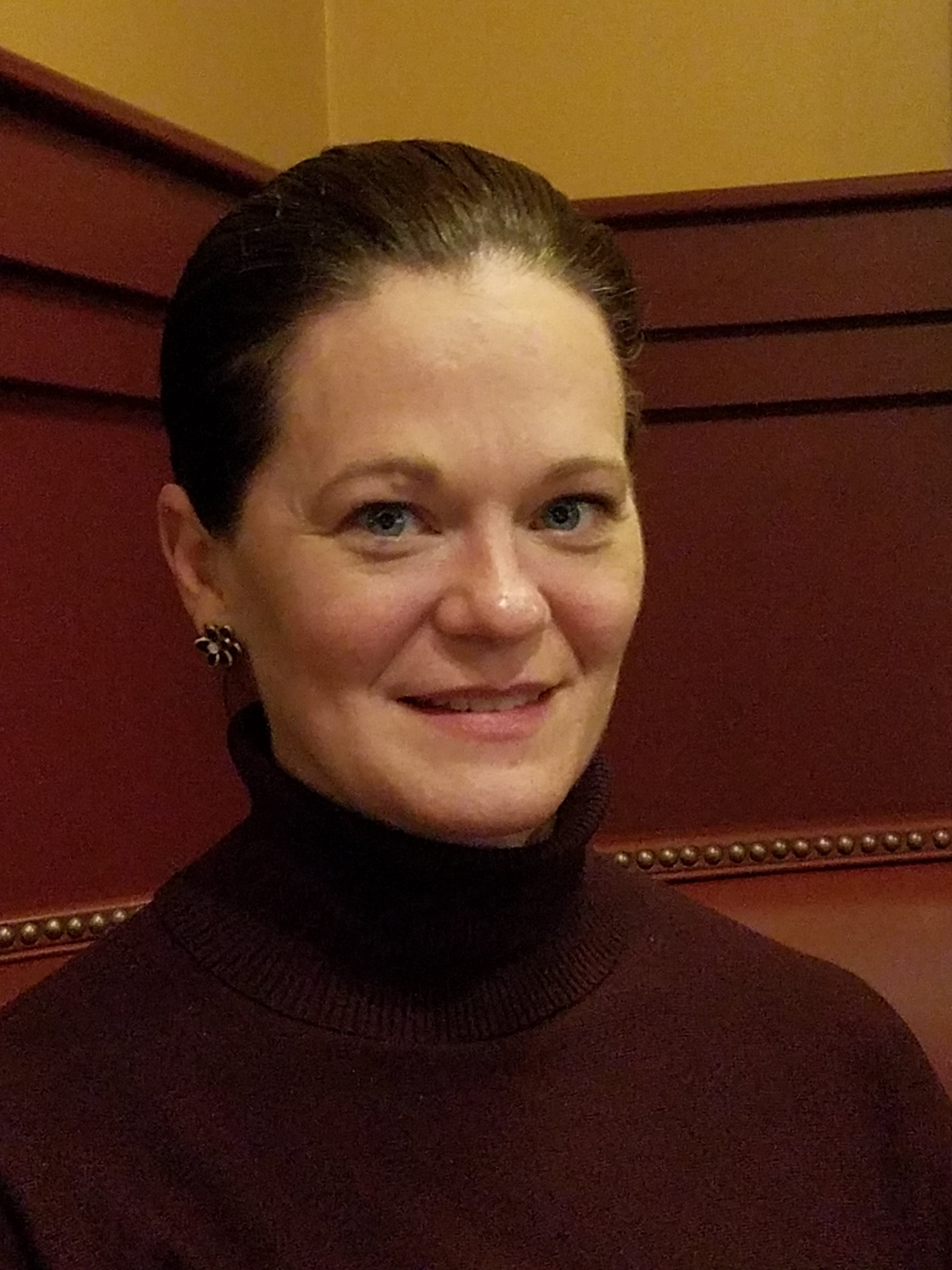 Red Stripe restaurants, located at 465 Angell Street in Providence and 455 Main Street in East Greenwich, are pleased to announce that Kari Carreiro has joined its Providence location as general manager. In her new role, Carreiro will oversee the day-to-day operations and work alongside AGM Mike Merluzzo, Chef de Cuisine Mike Lindenlauf, and the rest of the service and culinary teams of the restaurant.

Carreiro brings 23 years of hospitality and retail experience to her new position.  Most recently, Kari served as a general manager for the creative scratch kitchen concept, Not Your Average Joes, where she was responsible for the day-to-day operations of the restaurant, including hiring and training of staff and guest relations. Additionally, she has served as manager for Back Bay Restaurants and The Stockyard Restaurant in Boston. Kari also holds numerous nationally-recognized service industry certifications.

“We are thrilled to welcome Kari to our team,” said Jim Brosseau, Director of Restaurant Operations, Encore Hospitality Group. “She has earned great experience from some top-tier establishments, and this knowledge is a true asset to our organization. We look forward to working with Kari to further elevate the guest experience in Providence.”

A graduate of the Massachusetts College of Art, Carreiro currently resides in Attleboro, MA.

Brian Casey, president and owner of the Oak Hill Tavern and the Company Picnic Company, both located in North Kingstown, Rhode Island, has been named the 2019 treasurer of the National Restaurant Association (NRA), and is set to become chairman of the NRA in 2021. The North Kingstown resident is the first Rhode Islander to be appointed to the NRA Executive Committee in its 100-year history.

The lifelong Rhode Island resident and Rhode Island College graduate has served as a two-term chairman of the Rhode Island Hospitality Association’s (RIHA) board of directors in 2006 and 2007. In 2008, he was named “Caterer of the Year” by RIHA at its annual meeting and “Stars of the Industry” awards ceremony. In 2013, he was also named RIHA’s “Restaurateur of the Year.”

“We could not be prouder of Brian regarding his appointment to the NRA Executive Committee,” said Dale J. Venturini, President/CEO, RIHA. “To have a local restaurant owner, steadfast industry advocate and entrepreneur on the NRA Executive Committee is truly indicative of the excellence of the hospitality industry in Rhode Island.  We may be the smallest state in the Union, but thanks to the leadership of Brian and others like him, our voice is one of the strongest.”

The National Restaurant Association aims to lead America’s restaurant industry towards prosperity, prominence, and participation to enhance the quality of life for all that they serve. The NRA plans to build influences, build workforces, train and certify, and set goals to achieve – goals which Brian Casey is sure to tackle head-on.

“I am extremely honored to represent the hospitality industry in Rhode Island as the newly-appointed treasurer of the NRA Executive Committee,” said Brian Casey. “As a lifelong resident of the state, I recognize how fortunate I am to be given this amazing opportunity, and I very much look forward to the challenge ahead.”

Narragansett Creamery was awarded a Silver Medal for its Burrata  Cheese at the United States Championship Cheese Contest held March 5-7, 2019.

Each Narragansett Creamery Burrata is made by hand. Mozzarella is stretched to form a pocket where it is then hand-filled with Stracciatella, a mixture of “torn” mozzarella (Stracciare – to tear apart) cream, and a trace of salt.

This year, the U S Wisconsin Cheese Contest received 2,555 entries in 116 different categories from 35 states.

“We are honored to win this award in the Burrata category and to be included with such an outstanding group of dedicated and creative cheese makers,” said Mark Federico, owner and co-founder of Narragansett Creamery.

Launched in 2007 by Federico, his wife Pattie, son Mark Jr., and local food advocate Louella Hill, Narragansett Creamery is a family owned creamery based in Providence that uses milk from nearby New England farms to make its artisanal cheeses and yogurts.

“We thank our local farmers who supply us with excellent quality milk which enables us to create award-willing cheeses,” Federico said. 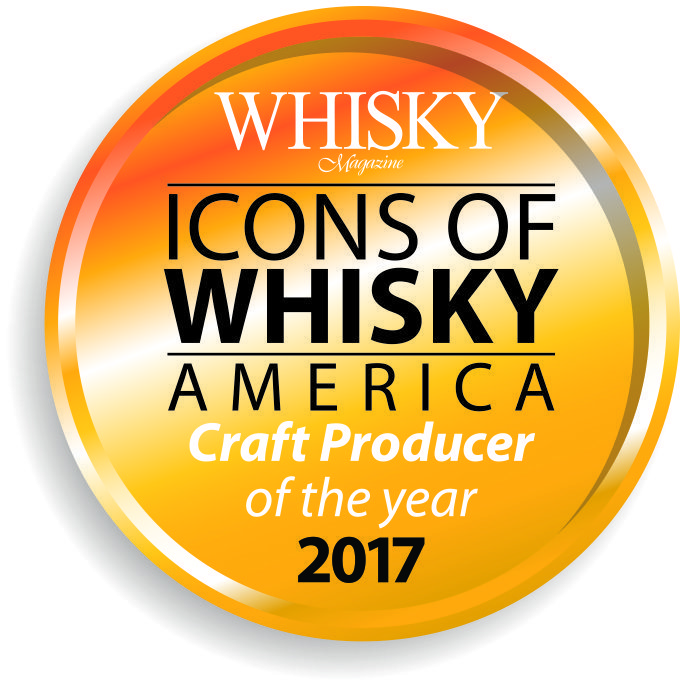 Judged exclusively by an editorial panel of decorated industry insiders, Whisky Magazine’s annual Icons of Whisky celebrates the finest companies and individuals in the whisky industry, with regional winners advancing to the global round.

“To say we’re ecstatic is an understatement. With more than 1,200 distilleries currently operating in the U.S. it is an incredible honor to be named an Icon of Whisky for 2017,” said Sons of Liberty Founder, Mike Reppucci. “Since day one we have strived to redefine American Spirits and the support we have received from the local community over the years has been invaluable in putting Sons of Liberty in the conversation with the world’s finest distilleries.”

No stranger to individual product recognition from Whisky Magazine in years past, Sons of Liberty has taken home World’s Best Flavored Whiskey (2014) for its Pumpkin Spice Seasonal Release, North America’s Best Flavored Whiskey (2015) for its Hop Flavored Seasonal Release and a Gold Medal (2016) for its Battle Cry Single Malt Whiskey, and now looks to capture the Global Craft Producer of the Year title won by Seattle WA’s Westland Distillery in 2016.

“It all starts with beer,” says Reppucci. “We craft our spirits from distinct styles of beer brewed on-site and those unique flavors carried through the distillation process have established our identity in redefining American craft spirits. Whiskey, specifically, is a very traditional industry, but you won’t find very much traditional with us. Now that we hold our brewer’s license, the goal is to offer the beers in our tasting room and give everyone the opportunity to taste the originating beer alongside the resulting spirit. A truly unique experience that we are very proud to have underway.”.

New England’s most awarded distillery with 75+ awards in blind tasting competitions since 2012, Sons of Liberty’s first product release was its signature, UPRISING Whiskey, born from a stout beer brewed by the team themselves. Sons of Liberty pushed the envelope one step further by introducing the first-ever, seasonal line of craft whiskies and since then has transitioned its beer-into-spirit methodology to the gin category with its True Born Gin. Recently acquiring its brewer’s license and expanding the distillery to feature a full bar and tasting room, Sons of Liberty is now serving and bottling the flavorful craft beers responsible for the distillery’s award winning whiskies. 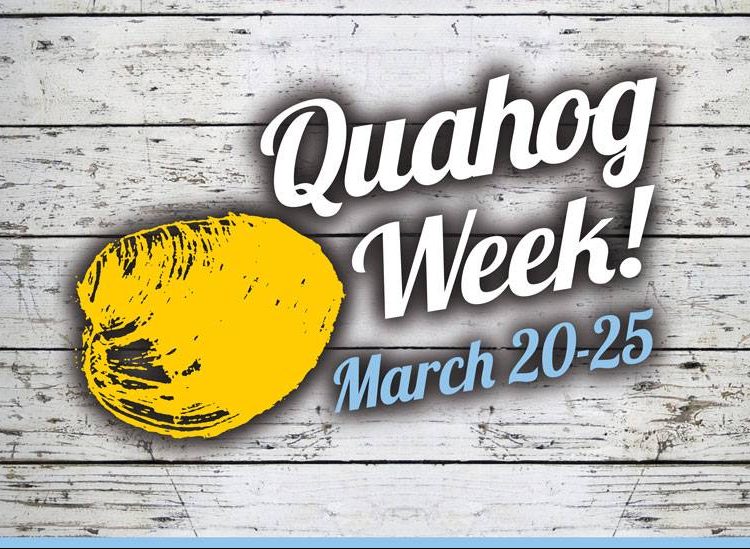 Governor Raimondo—along with the Rhode Island Department of Environmental Management (DEM) and other partners—will kick off the 2nd Annual Rhode Island Quahog Week with a special launch event at Save The Bay in Providence on Monday. Quahog Week, running March 20 – 25, highlights the importance of Rhode Island’s wild shellfish harvest to the state’s history, traditions, and economy.

At the launch event, local shellfishermen will compete in a quahog shucking contest and educate guests on their profession. Guests will also enjoy a raw bar and creative preparations of the quahog, courtesy of RI Shellfishermen’s Association, Nicks On Broadway, The Capital Grille, Statesman Tavern, and Matunuck Oyster Bar. Beverages will be provided by Rhode Island’s own Granny Squibb’s Ice Tea.

Rhode Island is known for its food and diverse food cultures. The state’s booming local food sector supports more than 60,000 jobs and continues to attract and inspire the imagination of entrepreneurs and innovators. The local fishing industry has been, and continues to be, a vital part of the equation. Last year, more than 100 million pounds of seafood arrived to a local port – with an export value over $1 billion. And more than 28 million quahogs (off-the-boat value of $5.5 million) were harvested from Narragansett Bay and local coastal waters. Quahogging has a rich history locally, supporting the livelihoods of hundreds of fishermen as well as serving as a treasured pastime for Rhode Island families.

As part of the week, participating restaurants and markets will feature quahog-inspired menu items and deals, and Quahog Week partners will hold special events, including a quahog-themed Eating with the Ecosystem School of Fish Workshop on March 20 and the Official Beer of the Clam Wrap Party on Saturday, March 25 at the new headquarters of Narragansett Beer at The Guild in Pawtucket.

For more information on Quahog Week and participating venues, visit www.seafoodri.com. Follow us on Facebook @RISeafoodRocks and join the conversation using #QuahogWeek. 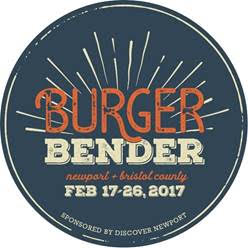 Limited to just 25 participants, the Newport Burger Bender proved to be a savory success over its 10-day tenure with Jo’s American Bistro in Newport taking top honors. The “best burger” contest took place February 17 through February 26, 2017, in tandem with the Newport Winter Festival. Local chefs and restaurateurs were challenged to “bring the heat” by offering their best hamburger to diners who were encouraged to vote for their favorite. Burgers ranged from traditional beef patties to creative culinary delights.

“The secret is out: We have great burgers!” said Joann Carlson, owner of Jo’s American Bistro in Newport. “I especially want to thank my brilliant Chef, Brian Ruffner, for creating such a tasty and messy burger.”

“It was a tough choice,” admits Ciampa. “The fried oysters in the Oyster Bar Burger were amazing and Pour Judgement’s burger was a perfect bargain. But the bacon onion jam burger at Jo’s—so messy to eat, just like a good burger should be, was sweet and salty with bacon onion jam and spicy with siracha sauce, and then a wave of creamy cheese, too.” Ciampa paired Jo’s burger with Rhode Island’s own Foolproof beer. “What a delicious idea for a dining promotion. The Burger Bender put the spotlight on the All-American burger. But the choices were anything but ordinary as the chefs built their burgers with fabulous flavors and sauces. Long live the burger.”

The next big culinary extravaganza gourmands should mark on the calendar is Newport Restaurant Week, which will take place March 27 through April 7, 2017. For more information, visit www.DiscoverNewportRestaurantWeek.org.