Interview with Jasper White, appearing at The Sun Winefest This Weekend 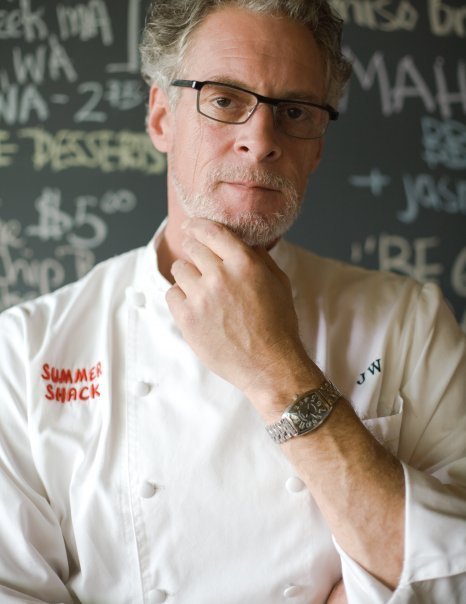 Chef Jasper White has been a major figure on the Boston food scene for over thirty years. He now runs four Summer Shack restaurants, is the author of four cookbooks on seafood and New England regional food, and recently opened Towne Stove and Spirits with Chef Lydia Shire. His full biography can be found here. White greatly enjoys the annual Sun Winefest at Mohegan Sun Casino and we spoke recently about the event. But with seafood, sustainable and otherwise, in the news so much lately, I couldn’t help but ask one of the biggest consumers—and purveyors—of seafood his thoughts. White was more than happy to offer his opinions.

eat drink RI: Tell me about being a seafood wholesaler.

Jasper White:  “I have a seafood company called Summer Shack Fish Department. We are fully HAACP certified, licensed wholesale, sell to quite a few of the fine dining restaurants around Boston. We started it as a break-even proposition, just to guarantee the quality for our own restaurants. The first two years we just supplied ourselves and then slowly but surely people started asking us [for seafood] and we started taking on a customer here, a customer there. Then the price of diesel fuel went up to $5/gallon and I said, you know we need a few more customers. We’ve hit a point now where we don’t actively search for new customers. We just take care of the accounts we have. We’re kind of at a crossroads where we’re not sure whether we’re going to expand that business or just be happy with what we’re doing right now. Still, the primary goal is to be there in the mornings and to be getting the best fish for ourselves and our customers. Turns out there’s a lot of pent up demand. Every customer we have came to us.”

edRI: What are your thoughts on consumer guides and seafood lists?

JW: “First of all, I start by saying I really don’t know much. I’m not a scientist. I’m not a marine biologist. I’m just a cook. But I’ve been dealing with seafood for many, many years and I talk to fisherman. The more I have learned about it the more confusing it is and the less I feel comfortable making statements about the environment because you hear different things from different people. Sometimes it appears as if whoever’s paying for the science skews the results. It’s a big ocean out there it’s really hard to say exactly what’s going on.

I’m not a big fan of targeting single species. I think our energy is better focused on the environmental aspects instead of the complex issues that are related to single species. Look at the Gulf of Mexico. We still don’t even know the damage that’s been done down there. The one thing that we can all get behind as concerned food people is the environment and the continual policing of various harbors and bodies of water. In the end I truly believe if the ocean’s healthy something’s going to grow in it.

I also believe that almost anything in the ocean can be delicious if you figure out how to cook it right. Everything is affected by pollution. We have a program in our restaurants, and we’re trying to get other restaurants to join us, called ‘Chefs For the Sea.’ We ask our customers to donate a dollar for cleaner waters and safer seafood. That money goes directly—no administrative fees, the entire amount—to Save The Harbor/Save The Bay, which covers from Nantasket to Beverly. It includes dozens of towns and beaches.

Boston Harbor was disgusting. It just wasn’t viable. I went swimming last summer out on Spectacle Island. It was beautiful. If someone told me 25 years ago that I’d swim in the Harbor, I’d say you’ve got to be out of your mind. My first restaurant was on the waterfront on Commercial St. at Atlantic Ave. In low tide, in the summer, you didn’t even want to go outside it smelled so bad. And there was no fish. Now there’s stripers run right up to the Charlestown Bridge.”

edRI: What about general sustainability. What do you look for?

JW: “I’m cautious. I think when you look at the big picture of sustainability you have to look at the families that fish. They have to be included in part of what is sustainable. If they eliminate these small family fisheries, they make it impossible for them to [profit] out of their business, what’s going to be left is corporation fishing. I look at long term sustainability. Do I want to trust the future of fishing to a company that can be bought and sold on Wall Street? Do I want Tyson, which is involved in the fishing industry, being my fisherman? Is that good for the future? Would it hurt if we let these guys take a little more cod out of the water?

They’re big questions and they’re hard to answer. I’m really careful about the boycotts that affect people that live here and work here and that would put people out of business. Right now Governor Patrick has appealed to the federal government to ease off on these cod regulations. The federal government wants new research and new figures or they’re not going to change anything. These families are going to go out of business, there’s not even buyers for their boats. It’s a tragedy and already so many of them have left it. We’re going to be left with a bunch of factory boats in thirty years if we put all these small fishermen out of business. Left with companies that have enough money to affect fishing regulations.”

edRI: How do you think current press, books and documentaries affects awareness?

JW: “It’s all good to raise consciousness. What worries me is Americans take information in sound bites. ‘Cod is bad.’ What about people who are fishing cod with rods and reels? They’re not going to deplete the cod. I just worry about the sound bites. That’s why I keep stressing donate to Save The Harbor/Save The Bay and organizations that are really protecting the bodies of water. It’s about giving them a place to live, rather not so much worrying about we’re going to take this much cod or this much tuna. There’s no species that I can’t live without [eating]. I do have my favorites and my favorite was boycotted way before this became an issue. The stripers were very depleted back in the ‘70’s and ‘80’s and they’re back strong. That was for several reasons, partially environmental. What it proved to me was we can get along without any one species. I don’t wish the destruction of the cod, but I don’t wish the destruction of these fishing families.”

edRI: What can we look forward to at The Sun Winefest?

JW: “It’s a great festival. What I like about it is it’s more intimate than most festivals. We’ve got a great line-up this year. The A/V part for the cooking demos is awesome, as you’d expect in a casino. We’ve got some really great New England chefs like Jimmy Burke and Chris Schlesinger who don’t really do a lot of events. People get to interact with the chefs during the weekend. It’s a lot of fun with something going on all the time. [There are a] lot of great wineries.

You’ve got to go to The Oyster Open. Chris Schlesinger and I started that shucking competition probably fifteen years ago at the East Coast Grill. We did it for years, just four or five local restaurants competing against each other, individuals and teams. It became so popular that we outgrew the East Coast Grill. We moved it over to Summer Shack and outgrew the Summer Shack. So I brought it to Mohegan Sun and they put a $5,000 grand prize behind it and all of a sudden the competition became really serious. So we have people coming from Canada, New Orleans, Florida, New York, all over the country, the very best shuckers. It’s so fun to watch them. The level of the competition is amazing. William Young, his nickname is ‘Chopper,’ from Wellfleet, has won the World Championship in Galway, Ireland. He’ll be shucking and he’s always kind of a ringer. He usually wins, but not always. It’s like any sport.”

edRI: Any one thing you want people to know when they think Jasper White?

JW: “On a personal basis: compassionate, loving, caring. That’s what I try to be anyway.”

The Sun Winefest runs this Friday, January 28 through Sunday, January 30 at Mohegan Sun. Check the site for more information including schedule of events, guest chefs and exhibitors.