Updated with full list of Central Market Preview vendors at end of release.

The public is invited to come shop at the Eat Drink RI Central Market preview on Saturday, August 6, 2016 from 2 to 6 p.m. Stop by anytime to purchase directly from local food and drink businesses, experience the waterfront location, show your support for a public market in Providence, and be among the first to see the concept drawings of the Market, designed by Providence’s Union Studio.

The Eat Drink RI Central Market will contain multiple event spaces, an active Market Hall for local farm goods, producers and food artisans, independent locations for restaurants, and commercial & presentation kitchens for small scale production, broadcast, promotional, and educational purposes. The waterfront Market is poised to serve as a major tourist destination for visitors from all over the country, and is located at the Providence ferry terminal, with service to and from Newport.

This Central Market preview will be a showcase and mini-market of over 20 vendors that have expressed interest in a permanent space within the Eat Drink RI Central Market upon its opening. Some participants include The Backyard Food Company, The Granny Squibb Company, Moonrose Farm, Narragansett Creamery, New Harvest Coffee Roasters, Stock Culinary Goods, Yacht Club Soda, and many more.

The Central Market will be a retail and events center, and the nucleus for the local food economy in Rhode Island. Currently, the Eat Drink RI team is working directly with state and Providence city leadership on locating the facility on the former, and long vacant, Shooters nightclub parcel at 25 India Street. The waterfront site is publicly owned, offers sweeping views of the Providence River/Narragansett Bay, is highly visible and accessible from Route I-195/I-Way, lies adjacent to the I-195 redevelopment area, and offers direct access to dormant marina slips on site. 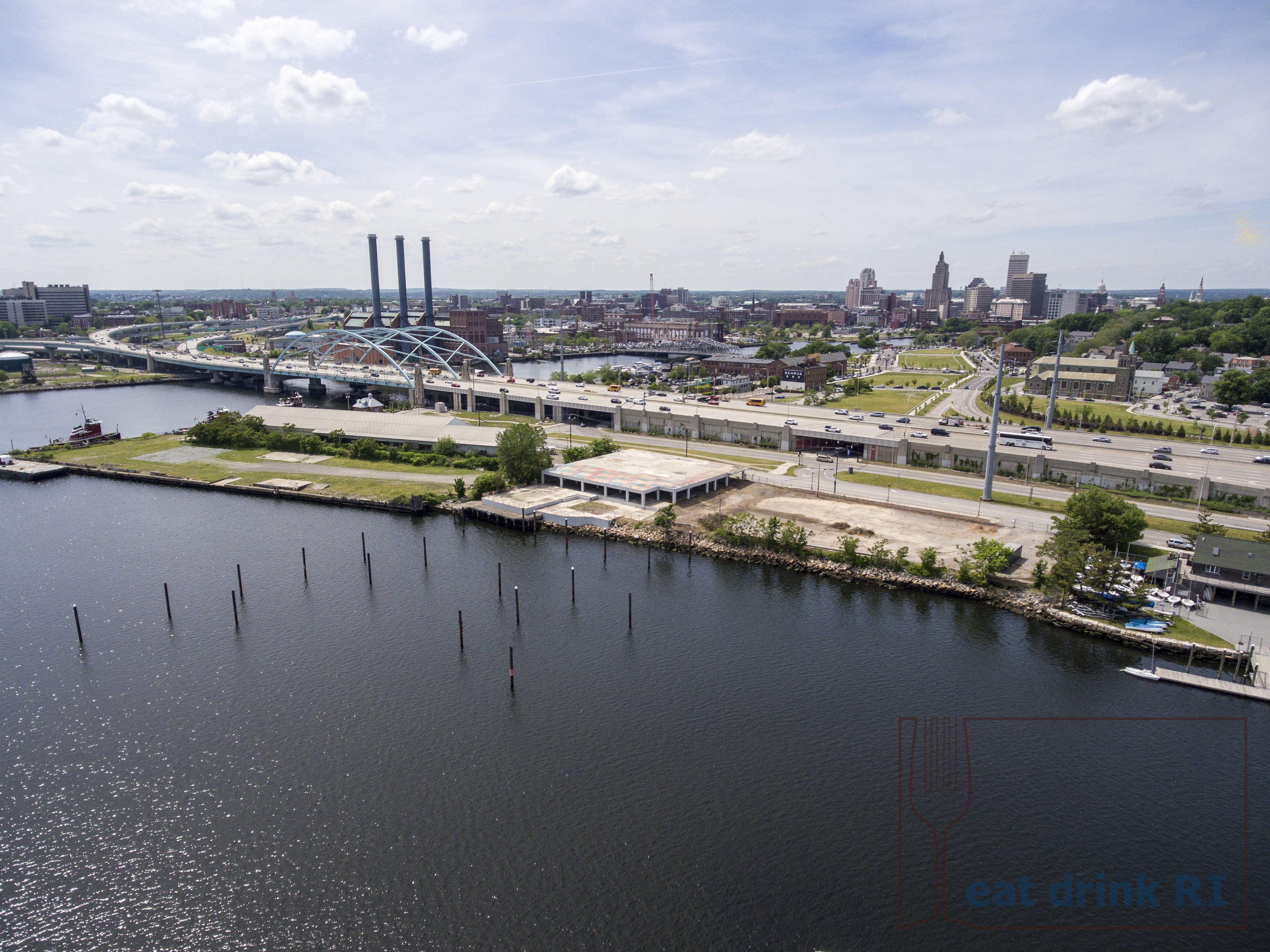 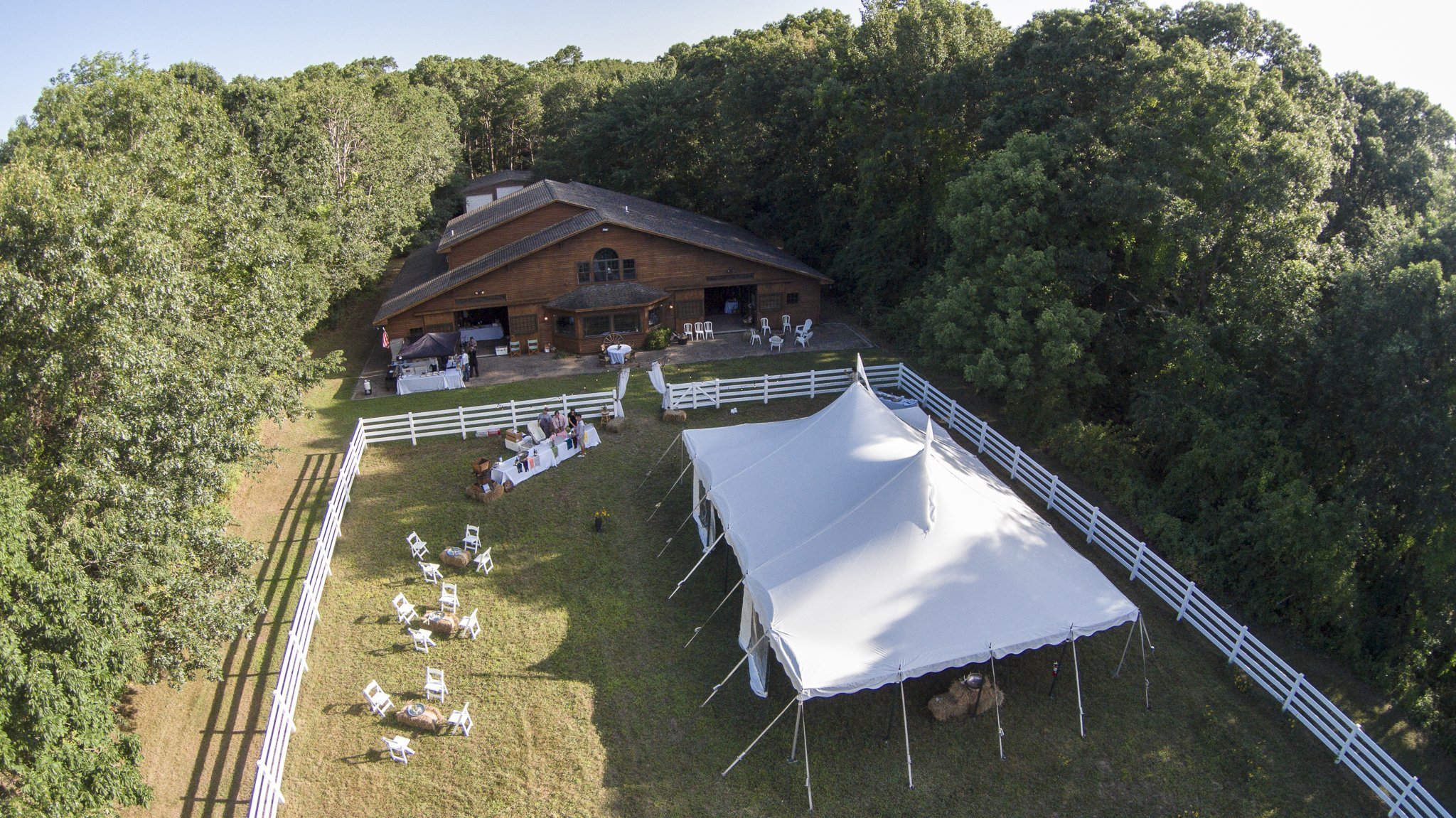 Celebrated Austin, Texas Chef Sonya Coté of Eden East is returning to Rhode Island this summer for the second annual Rhode Island Round-Up dinner series produced by Eat Drink RI on August 12th and 13th. Coté, a Rhode Island native, will partner with Chef Chris Kleyla of Bristol’s newest restaurant, the Statesman Tavern, to prepare the dinners. The culinary experiences will be held at Horseshoe Farm, a private estate surrounded by miles of fences along the coastal countryside in Westerly, RI.

Coté brings her acclaimed bold Texas flavors easterly, merging with Kleyla’s passion for showcasing the bounty of summer in New England—locally landed seafood, beef & pork from Blackbird Farm, and the best ingredients from Rhode Island farmers and purveyors, such as Moonrose Farm and Four Town Farm. 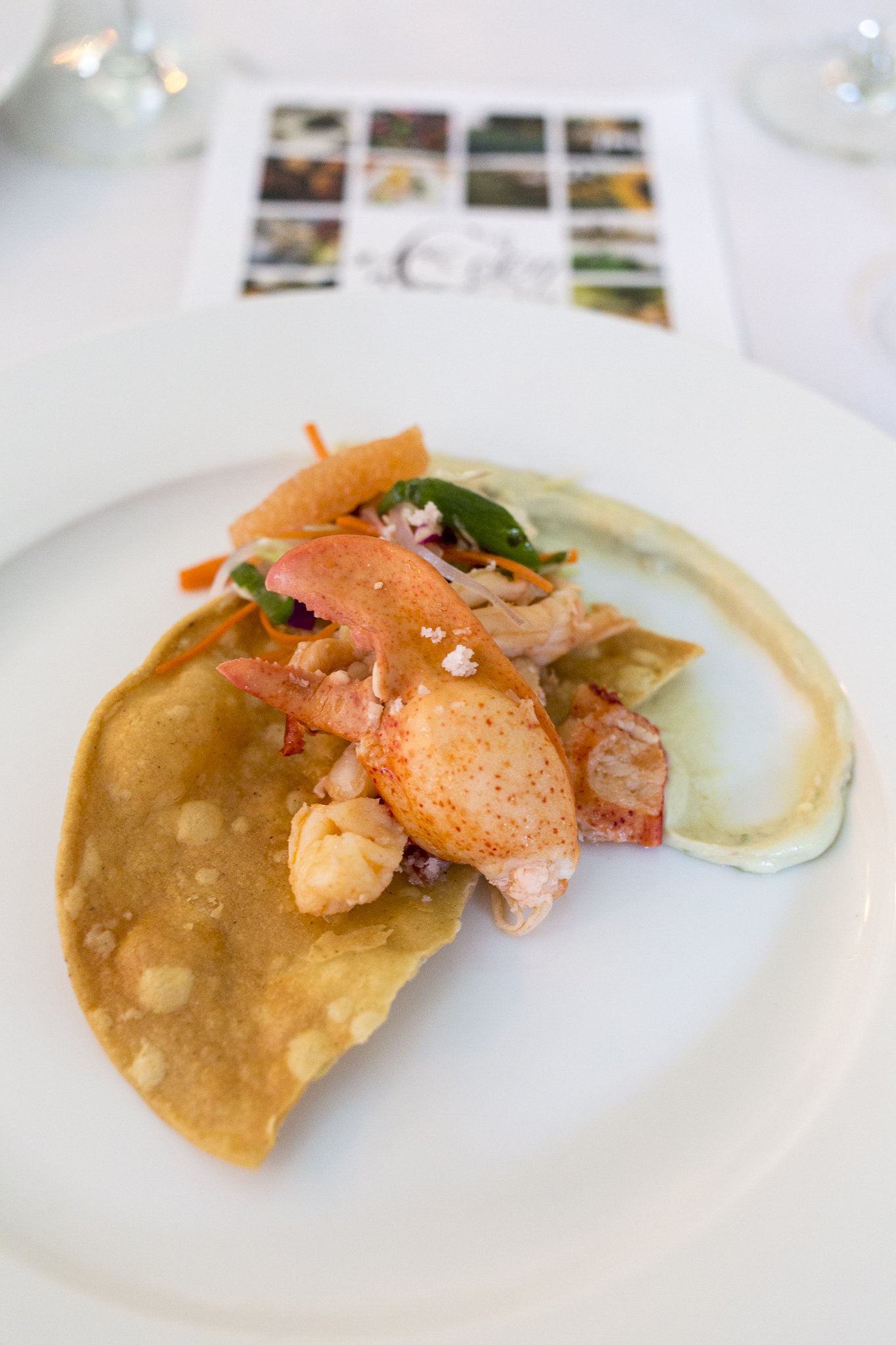 For chef Sonya Coté, named one of The Daily Meal’s “Top 10 Badass Women Chefs in America”, owner and executive chef of Austin’s Hillside Farmacy, Eden East and the Homegrown Revival, cooking is more than just putting food on a plate – it’s about creating “edible pieces of art”, utilizing locally-grown and raised ingredients for freshness and nutrition, and educating future generations. After years of culinary training around the country, Sonya arrived in Austin and went on to work with Jesse Griffiths of Dai Due before running the kitchen as executive chef at East Side Show Room. In 2012, Coté opened Hillside Farmacy in East Austin which Bon Appétit called one of “The Best Spots in America to Taste the Revival”. Coté was also named one of Marie Claire’s “Women on Top”; the national award recognizing women who have shown “unparalleled talent, vision and backbone in blazing their own trails.” In 2013, Coté appeared on The Food Network’s “Chopped” television program before opening the true farm to table restaurant Eden East in East Austin.

A native of East Providence, RI, Chris moved to Austin, Texas after graduating from the University of Rhode Island. Chris worked with Chef Sonya Coté at the East Side Show Room and spent three years at Contigo, where the focus was nose to tail cooking and whole animal butchery, eventually becoming Chef Andrew Wiseheart’s executive sous chef. After nearly eight years in Texas, Chris returned to his New England roots by moving back to Providence. He met Sam Glynn, owner of Chomp Kitchen and Drinks (Warren, RI) and the Statesman Tavern (Bristol, RI), and they opened Statesman in May 2016. Chris can be found there nightly, cooking their version of refined technique-driven tavern cuisine, using the best local ingredients he can find.

“I grew up in Rhode Island,” comments Coté, “and returning to my home state with my team from Eden East is even better this year because I get to cook with Chris again. We started cooking together in Texas in 2008 as the opening team for East Side Show Room. Collaborating & celebrating the bounty of the Ocean State could not be more exciting. For all you Rhode Islanders who haven’t experienced a Texas dinner, come and join us at the Round-Up. Lobster memelas is just a start!” 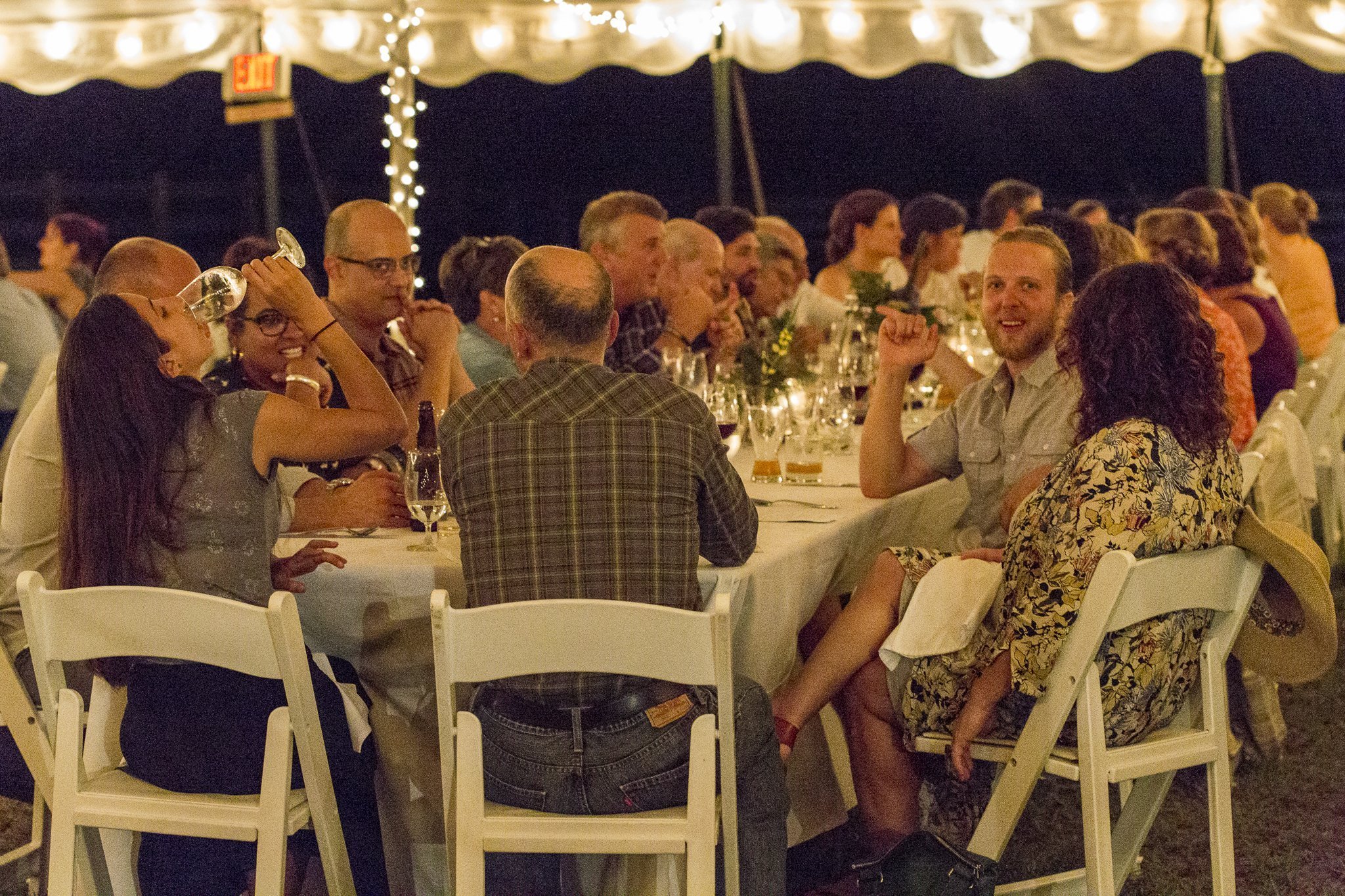 “I’m thrilled to be working with Sonya again,” said Kleyla. “Taking all the knowledge we’ve both acquired—the style & feel of Texas food blended with the incredible summer harvest in Rhode Island—will make for a really special experience for us, and especially for the guests.”

Produced by Eat Drink RI, the “Rhode Island Round-Up” will recreate the unequaled dining experience that Eden East provides guests each weekend on the grounds of Austin’s Springdale Farm. “Eden East defies description,” wrote TRIBEZA magazine. “It’s like a high-end picnic—and there’s truly nothing like it in Austin right now.”

Each evening begins with drinks and hors d’oeuvres at 6 p.m., followed by a seated dinner paired with seasonal cocktails, including Texas-based Deep Eddy Vodka. All-inclusive tickets are $135 per guest, and will go on sale Monday, June 20th at 9 a.m. at eatdrinkri.com/riroundup. Full menu is available to view on the ticketing page.