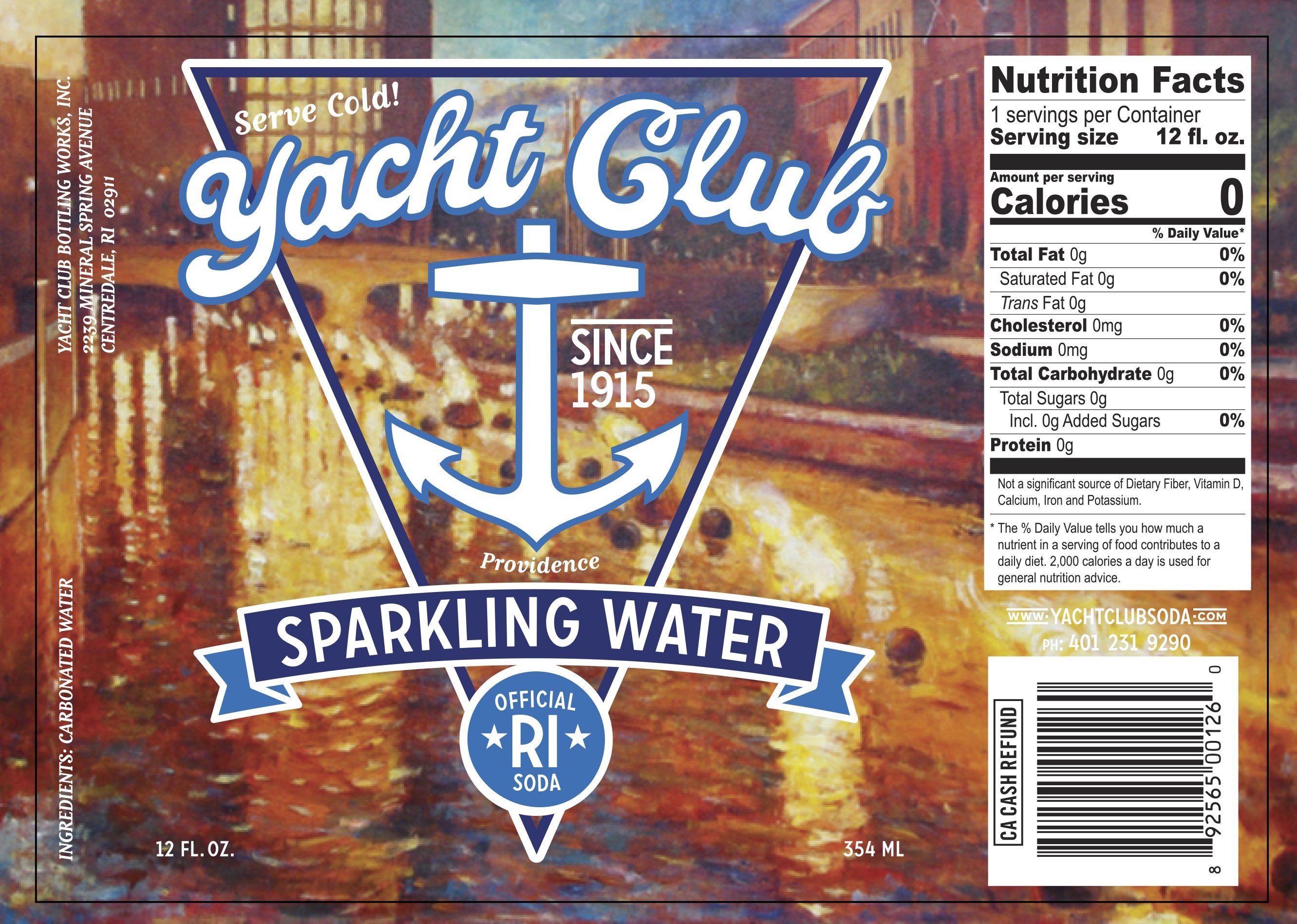 Yacht Club Bottling Works, The Official Soda and Water Company of Rhode Island, is rolling out new labels for all thirty-three flavors of seltzers and sodas that the company produces. Mixed and bottled in North Providence for over one hundred years, the labels on Yacht Club’s bottles have always included Rhode Island imagery, and now each flavor has its own unique identity.

The seltzers, of which there are now eight available flavors with the latest addition of Grapefruit Seltzer, will have historic images on their labels, while the twenty-five soda labels will all show ocean scenes. The Grapefruit Seltzer has an image of College Hill with First Baptist Church and the Providence Art Club clearly visible, while the new Sparkling Water label shows a scene that many people will immediately recognize as the iconic WaterFire along the Canal Walk.

Two sodas now shipping with new labels are Root Beer with a painting of a mermaid looking upon the lighthouse at gorgeous Beavertail Point, and Blue Raspberry with Rose Island lighthouse and the Newport Pell Bridge in the background. The sodas will all have ocean scenes on their labels and the next to be released will be Cream soda with an image of Block Island’s Southeast Light. The seltzers will continue the historic theme with the release of new Cherry Seltzer showing Blackstone Boulevard on its label.

The new labels were all created by Mike Bryce, artist at Bryce Studio, who felt it was a “great collaboration.” Bryce has always liked to make art that invokes nostalgic Rhode Island and said, “I’ve been a professional artist for over 30 years, have had the soda for years and [Yacht Club owner] John Sgambato approached me to make some new labels. They went over well and so it works out great for both of us.”  Bryce Studio can be found on Facebook at facebook.com/Mikebryceart.

Two of Yacht Club’s newest flavored sodas, Orange Cream and Grapefruit already have the new style artwork with Plum Island and Colonial Wharf on their labels respectively. All these great flavors will be joined by Yacht Club’s newest creation, their very first caffeinated soda, Rhody Red which will have artwork of the Misquamicut Festival on its label. Rhody Red may remind you of certain Dr. named soda, but Yacht Club’s uses no high fructose corn syrup and is, of course, bottled locally. All of Yacht Club’s sodas and seltzers will now be capped with “Official RI Soda” bottle caps as well.