After ten years of delighting diners with their modern, farm-driven cuisine at their restaurant Farmstead, Inc. in Providence, Rhode Island, Chef and Owners Matt and Kate Jennings are returning to their hometown of Boston and planning a new restaurant in the city where they grew up, met and began their culinary careers.

The Jennings have set their homecoming sights on the new Radian building at 120 Kingston Street where they will open Townsman in late 2014. Defined as “native to a place,” Townsman will showcase Matt & Kate’s incredibly personal approach to dining and hospitality in their new, but familiar community of Downtown Boston.

Due to the enormity of the undertaking, the Jennings have decided to sell their acclaimed Providence bistro and storefront, closing the doors on June 1st. “When Kate and I moved to Rhode Island and opened Farmstead, we knew that we would one day return home to raise our children near our family and friends in Boston. We are forever indebted to all of our loyal guests who helped us build Farmstead into the beloved destination it has become for so many,” said Matt Jennings. “Based on how deeply involved we have been at Farmstead from the very beginning, we knew that keeping our Providence spot open and spreading ourselves across two states would never work for us, our staff and most importantly our guests. We will certainly cherish the memories at Wayland Square and hope that our many Farmstead friends will visit us often at Townsman.”

Recognized numerous times by the James Beard Foundation, Matt Jennings has seen much success over the past decade. Known as the “Prince of Pork,” for his three consecutive wins at the nose-to-tail culinary competition Cochon 555, he currently serves as the program’s Ambassador. Matt was also awarded a Star Chefs “Rising Star” award in 2014, recognized as one of New England’s greatest talents. He has been given the opportunity to grace the front page of The New York Times’ Dining section (wielding a live alligator no less!) and his creative culinary approach has been featured in The Wall Street Journal, Esquire, Food & Wine, Martha Stewart Living, Rhode Island Monthly and more. Matt has also been showcased on PBS’ “A Moveable Feast,” Travel Channel’s “Bizarre Foods with Andrew Zimmern,” and recently launched his own Food Thinkers online video series.

Postal patrons are asked to leave donations on non-perishable food by their mailbox early on the morning of Saturday, May 10.

On Saturday, May 10, letter carriers across Rhode Island and the nation will be working extra hard to make sure the people in the communities they serve have enough to eat. This day marks the 22nd annual “Stamp Out Hunger” food drive, coordinated by the National Association of Letter Carriers (NALC).

“We ask our postal patrons to place a bag of healthy, non-perishable food near their mailbox early on the morning of Saturday, May 10,” says Rhode Island food drive coordinator and veteran letter carrier Steve Lepre. “We’ll do the rest. With the help of volunteers, all of the food will be delivered to the Rhode Island Community Food Bank and local food pantries to help families in need.

Most-needed items include canned soup, canned vegetables, tuna, peanut butter, pasta, rice, canned beans and healthy cereals. Items should be placed in a sturdy bag near the mailbox by 8 am on Saturday, May 10.

“This food drive is a tremendous opportunity to play a part in feeding our most vulnerable citizens,” said Andrew Schiff, Chief Executive Officer of the Rhode Island Community Food Bank. “It’s one of only two state-wide food drives during the year, and we really need everyone’s support. I urge people to circle it on their calendar and put their food out early.”

Last year, the drive brought in close to 100,000 pounds of food for Rhode Islanders. The previous year, the drive collected 117,000 pounds of food. “We would like to see those numbers go up this year – not down,” said Lepre. “That can only happen if people remember to put the food out. Perhaps they can include an extra can or box of healthy food to help someone in need. Every can and every box makes a difference.”

The Rhode Island Community Food Bank currently serves more than 68,000 people per month through its statewide network of food pantries. One in three served is a child under the age of 18. The food collected during the drive will be hand-sorted by volunteers, who check for use-by dates and damage to packaging.

“Too many people in this country are still going hungry every day,” NALC President Fredric Rolando said. “As letter carriers, we see this first-hand in just about every community we serve. But we aren’t the type of folks who simply move on to the next delivery and hope someone else will do something about it. Instead, for more than two decades now, our members have taken the lead in the effort to help solve this ongoing national problem.”

Last year, letter carriers across the country collected more than 74.4 million pounds of non-perishable food—the second-highest amount since the drive began in 1992, bringing the grand total to just under 1.3 billion pounds.

Cartoonist Jeff Keane has continued his family’s connection with the food drive by drawing a special Family Circus cartoon for the poster.

“We need everyone’s help this year in promoting the drive so that we can increase our support to the Food Bank,” said Lepre.

If you would like to promote the drive at your school, business or organization, please contact Cindy Elder at celder@rifoodbank.org. 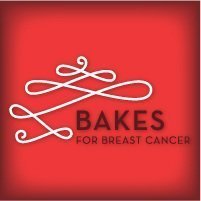 Since 2000, Boston Bakes for Breast Cancer has been held in Boston during the week leading up to Mother’s Day. The event was founded by Carol Brownman Sneider in memory of her mother, Eva Brownman, who lost her battle with breast cancer. Since its inception, the event has raised more than $700,000 for breast cancer research and care at the Susan F. Smith Center for Women’s Cancers at Dana-Farber through the Eva Brownman Research Fund currently under the direction of Eric Winer, MD.

“The event has been so successful in the Greater Boston area that we wanted to grow it further,” Brownman Sneider said. “Rhode Island shares our love of food and has a rich history in supporting Dana-Farber, especially through the many residents who have benefitted from the care and research the institute has provided them.”