This is what your grocery store looks like without bees.

The Providence Whole Foods Market at University Heights participated in a remarkable project to visually illustrate the effects bee colony collapse disorder could have on our food system. I was invited to document the project and it was amazing to see in person. The following is Whole Foods Market’s national release of “This is what your grocery store looks like without bees.“

PROVIDENCE, RI (June 12, 2013) – One of every three bites of food comes from plants pollinated by honeybees and other pollinators, and pollinator populations are facing massive declines. At Whole Foods Market in University Heights, Rhode Island, some customers recently found out just how this may affect their lives.

To raise awareness of just how crucial pollinators are to our food system, the University Heights Whole Foods Market store removed all produce that comes from plants dependent on honeybees and other pollinators.

The before-and-after photo (below) is shocking – as are the statistics. Whole Foods Market’s produce team pulled from shelves 237 of 453 products – 52 percent of the normal product mix in the department. Among the removed products were some of the most popular produce items:

“We don’t always notice it when walking down a grocery aisle, but pollinators are a critical link in our food system. More than 85% of the plant species on earth require bees and other pollinators to exist, and these plants include some of the most nutritious parts of our diet. Despite their importance, we continue to see alarming declines in bee numbers,” said Eric Mader, Assistant Pollinator Conservation Director at The Xerces Society. “On a positive note however, with the support of Whole Foods Market and their vendors, our organization is working with farmers nationwide to help them create wildflower habitat on field edges and to adopt less pesticide-intensive practices. Even on a small scale, these simple strategies can tip the balance back in favor of our bees.”

Disclosure: Dadekian was a paid photographer for Whole Foods Market.

Chocolate Fest 2013 is coming to Whole Foods Market this week and I was very kindly gifted with a bag of some of the best chocolate treats from the Waterman Street store in Providence. I eagerly tasted my way though the bag containing nine chocolate products from the Whole Foods Market Chocolate Fest featured vendors. Six bars of chocolate and three chocolate drinks later and I was in chocolate bliss. You can sample these products at the Waterman Street store on Thursday, February 7 from 5 – 7 p.m.

If there’s some Raaka Virgin Chocolate out for you to sample at Chocolate Fest, leap at the chance, especially if you enjoy really dark chocolate like I do. The Raaka Virgin Chocolate Bourbon Cask Aged bar (pictured here) is 83% cacao, which was the “darkest” of the bars I was given and I loved it. To make a Bourbon Cask Aged bar Raaka ages their cocoa nibs in oak casks for one month. There’s lot more flavor going on here than your standard dark chocolate bar, though the cocoa definitely is the strongest. I would be very interested to get some of Raaka’s other bars. Take a look at their site for more info on their fair trade and ecologically friendly practices.

One of my favorite chocolate makers in the United States, Taza Chocolate, is offering a 70% cacao bar with coconut, called Coco Besos or Coconut Kisses. Taza is a stone ground chocolate, produced nearby in Somerville, Massachusetts. Because it’s stone ground it has a very slightly gritty texture instead of a glossy smoothness. While I love and always recommend Taza’s stone ground chocolate on it’s own (their 87% cacao bar is my go to bar), the addition of the coconut works very well and adds a bit more sweetness to the dark chocolate bar.

There were two bars from Vosges Haut-Chocolat to try and I loved both of them. My wife made a claim on the remains of the Bapchi’s Caramel Toffee Bar, and I couldn’t blame her. It’s a milk chocolate bar, a little on the darker side for milk chocolate, and the addition of the buttery caramel toffee with walnuts and pecans makes for a great combination. Though I was partial to the combination in the other Vosges Haut-Chocolat bar, Black Salt Caramel. It’s a dark (70%) bar and it’s really notched up by the addition of black Hawaiian sea salt and burnt sugar caramel.

There were also some drinks to try and while I’ve never been a fan of any packaged hot cocoa mixes, I was completely persuaded to change my mind by the two I tried from Cissé Trading Co. In fact, my wife proclaimed their Signature Semisweet Hot Cocoa the best hot chocolate mix she ever had. It was an excellent blend of really delicious chocolate, including chocolate chips which added a nice thickness to the drink. As you’d expect, I preferred Cissé Trading Co.’s Dark Chocolate with Cinnamon Hot Cocoa. I would recommend whisking the packaged mix with the recommended amount of hot milk instead of just stirring it together in a cup. Mmm, was that good drinking chocolate. 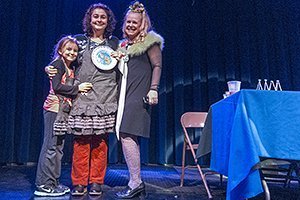 The third RI Food Fights event, the Spectacular Cookie Smackdown, took place this past Sunday, December 9, 2012. A sold out crowd descended upon Fête in Providence to sample the best cookies in Rhode Island. Fifteen area bakers competed to see who had the greatest cookie, according to a panel of four culinary judges (which included this writer), along with competing for the People’s Choice. Three awards, created by Ahlers Designs, and an honorable mention were announced by the time cookie devouring ended.

According to judges Pastry Chef Melissa Denmark of Gracie’s, Chef Maria Meza of El Rancho Grande, Andrew Shotts of Garrison Confections and David Dadekian of Eat Drink RI. First place went to Eye Cookies, a custom-order cookie baker from Barrington, for their “Gangnam Style” frosted chocolate cookie. Second place went to Dizzie Lizzie’s Cookies of Warwick for a their salted oatmeal, chocolate chip, pecan cookie. The judges’ Honorable Mention went to Flour Girls Baking Company of nearby Marion, Massachusetts and the People’s Choice award went to Kami Cakes of Johnston for their macaron. Congratulations to all the winners. 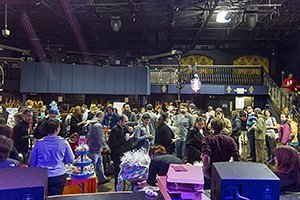 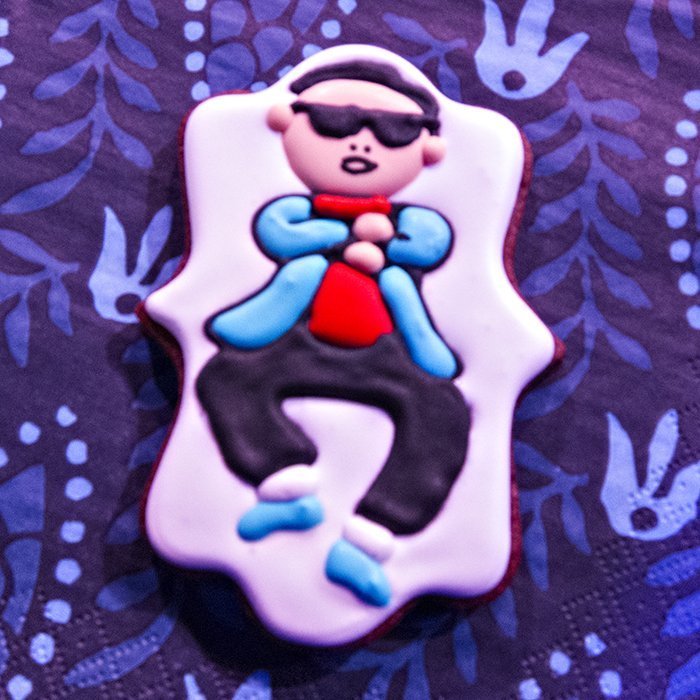 The March/April 2012 issue of Yankee magazine features “New England’s Best Breakfasts” with one restaurant from each of the six New England states being chosen for the story. Yankee‘s favorite in Rhode Island is The Sunnyside Daytime Dining in Warren. Jocelyn Ruggiero wrote about her experience at Chef Joe Simone’s beautiful breakfast-and-lunch gem calling it “more elegant than most” and describing Simone as “behind the counter, smiling and chatting with customers as he works.” The article features Simone’s recipe for his Dutch Baby with Ham & Cheese. Find it in stores now or read the digital version online. Congratulations to Chef Simone and his staff on being selected. The Sunnyside Daytime Dining is at 267 Water St. in Warren. Their hours are listed on their site.

Mill’s Tavern released the following news about their tenth anniversary this year:

Celebrating a decade of acclaimed fine dining, Mill’s Tavern is honoring its 10-year milestone with a Spring Anniversary menu featuring signature and favorite dishes from over years. “We are excited to re-introduce these Mill’s Tavern classics which represent our time-honored tradition in culinary excellence,” said Executive Chef Edward Bolus. “The selected dishes focus on the culinary details and fundamental techniques emphasizing flavor, balance and our dedication to using local ingredients.”

Eat Drink RI was invited to a Spring Anniversary tasting and recommends the Tartare dish, as well as a Kataifi Wrapped Roulade of Sole with crab, rock shrimp, marscapone, and lemon beurre blanc. Both dishes draw on Chef Bolus’s use of Middle Eastern flavors. Also, don’t miss dessert. The Pastry Chef made an excellent Lavendar-Vanilla Panna Cotta with stewed bluberries, honey sponge cake and crisp meringue.

An update on Mike Ritz’s Cental Falls fundraising gourmet chocolate bar which was first covered on Eat Drink RI. The bar is now available for sale at these AAA locations:

The bars are still for sale at Whole Foods Market University Heights through Easter. If you’re not near any of these places to purchase the chocolate in person, you can also buy the Save Chocolateville bars online directly from chocolatier Andrew Shotts’s Garrison Confections in packs of six.