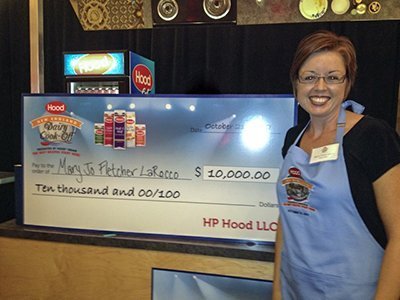 LaRocco lives with her husband and two children and has competed in all four years of the Hood New England Dairy Cook-Off. During her four years of entering the competition LaRocco also earned her Ph.D. in Education from a joint program with Rhode Island College and the University of Rhode Island.

As a judge for the event, Eat Drink RI’s David Dadekian recorded an interview with LaRocco.

Eat Drink RI: Where did you learn to cook and get your love of cooking?

Mary Jo Fletcher LaRocco: I moved to Sarajevo, Bosnia in 1996 and at that time if you wanted to eat something in Bosnia you had to go learn how to cook it. So I learned how to cook living over there where everything had to be done from scratch from seasonal ingredients. When I came back to the States that became my hobby.

EDRI: When did you move to Rhode Island?

MJFL: We’ve been in Rhode Island for ten years and fell in love with [Rhode Island]. We love the Ocean State. We feel like we’ve been her forever. It’s very special, especially tonight because I’ve been part of Hood [New England Dairy Cook-Off] for four years and it’s great to win in Rhode Island. 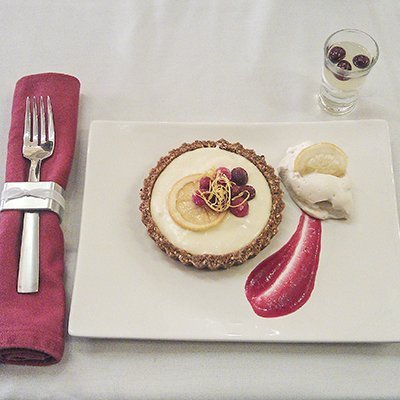 EDRI: How did you do the first three years of the Cook-Off?

The first year [of the Hood New England Dairy Cook-Off] I cooked in the semi-final round, the second year I was a finalist that came in third place, last year I didn’t win my category and then this year we were able to take the whole thing.

EDRI: How did you come up with your winning dish?

MJFL: Honestly, it was a late night inspiration. The night before the Hood deadline, I was sitting down, dreaming up what am I going to come up with and I just created it. I love fall ingredients and I like to use local things: cranberries, maple syrup. I think lemons and cranberries complement each other and the ginger snaps is a nice touch for a holiday dish.

“As always, the Cook-Off was an exciting and fun event and we enjoyed meeting all of the semifinalists and their supporters. They put such passion into their recipes and it really showed,” said Lynne Bohan, Vice President of Public Relations, HP Hood. “The recipes gave our judges a challenge in selecting a winner but ultimately, Mary Jo Fletcher LaRocco recipe best met all of the judging criteria. The Cranberry Limoncello Tarts were a great combination of creativity and amazing presentation.”

The competition began at 7:30 a.m. when 30 semifinalists competed in their individual categories. The five categories were: breakfast/brunch, soups/chowders, appetizers/side dishes, lunch/dinner (entrée) and dessert. One amateur chef from each New England state competed in each category. Competitors had 60 minutes to prepare and plate their dishes. All recipes were original and included at least one Hood dairy product and were judged based on taste appeal, presentation/appearance, and creativity/originality.

By 6:30 p.m., a panel of judges helped narrow the field from 30 semifinalists to five finalists. They were:

Billy Costa from the New England Cable News show ” TV Diner” hosted the event as the finalists went head-to-head in front of a live audience for the $10,000 grand prize. Shaw’s Supermarket was once again the Official Supermarket of the event.

Each of the semi-finalists received a prize of $100; each of the finalists, except for the winner, received $500. 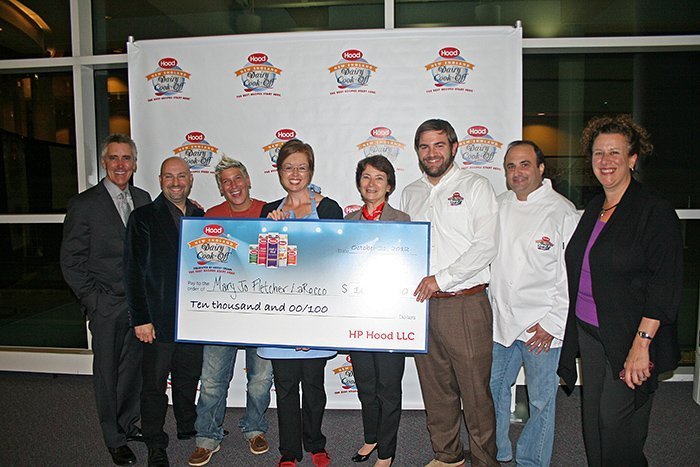 Prior to being named a judge, Dadekian worked with and received compensation from HP Hood to promote the New England Dairy Cook-Off.