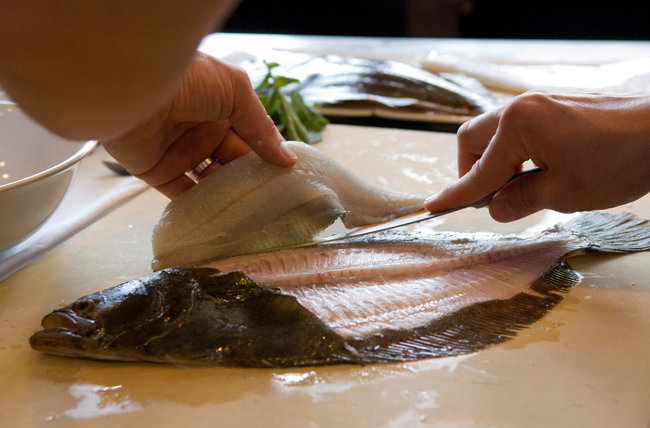 Derek Wagner, of Nicks on Broadway in Providence, fillets fluke. By Mike Mergen for The New York Times

For more information on Trace and Trust, there’s also a story in the current issue of Edible Rhody. Wild Rhody’s Christopher Brown, head of the Rhode Island Commercial Fishermen’s Association, will be appearing alongside Chef Ben Sukle at a cooking demo during the Grand Tasting of the inaugural Providence Food & Wine Festival (of which Dadekian is an organizer) later this month.