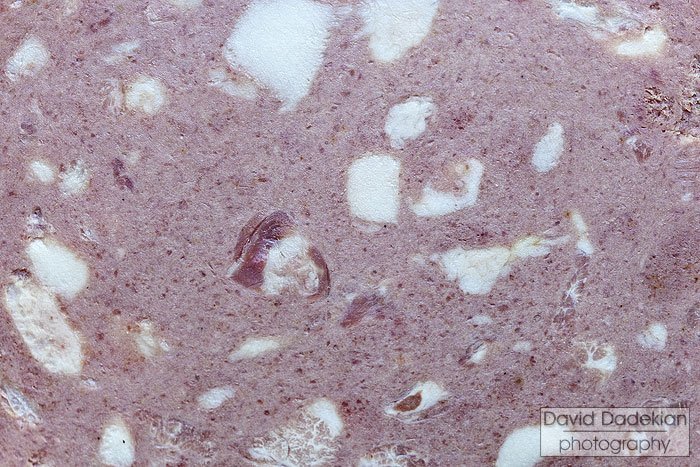 I’ve discovered an interesting ratio between my love of photography and my love of cooking, more specifically, my love of cooking all these excellent Charcutepalooza projects. The more I enjoy a project and have fun doing it, the more I think to stop and pick up my camera to make photos. When I’m as thoroughly frustrated as I was making this month’s mortadella, and last month’s sausage, making photos isn’t the first thing to come to mind—and I make photos almost every day.

To make matters just slightly more down this month, while I and my family loved the June project’s end result of duck sausage and spicy Italian sausage, none of us really liked the mortadella. It’s not that it was bad at all. It’s just that for the amount of work and mess I created, I was hoping for something that tasted a little better than just really good bologna. Especially since I don’t really enjoy bologna. I have had mortadella many times in the past and never thought much of it, but I was really hoping making it myself with good, locally raised, pastured pork would make it great. Greatness, while achieved with several other Charcutepalooza projects, was not within my grasp this time.

Instead of regaling you with more tales of my stuffing clumsiness and emulsion-making-mess woes (I’ll just say emulsified meat does wash out of children’s hair and leave it at that), I’ll move on to what I did with the final product.

As you can see from the photo above, I chose not to use pistachios or other “mix-ins” in my mortadella. I never much cared for nuts in it in the past, and my wife Brenda doesn’t love olives. In thinking about it now, that may have been my mistake, because the only time I’ve ever really enjoyed mortadella is in a muffuletta, which of course is always loaded with an olive salad.

So I’m looking at this gigantic round of mortadella that I’ve sliced in half to take the above cross-section photo and, besides that weirdly unnatural pink color, I see a lot of fat, beautiful pork fat that I was kind of cursing myself for wasting inside this emulsion. All the while Brenda was washing and spinning greens and, after tasting the mortadella, declaring she would prefer not to have that on her salad. I thought, but what if it was a crispy lardon? Look at all that fat. It’s got to render and crisp up nicely.

Out came a frying pan and in went 1/2″ cubes of mortadella (see last photo, extremely zoomed in for effect). Fifteen minutes later and we had the below salad. Then I went the extra step of deglazing the pan with balsamic vinegar, creating a rough 3:1 ratio of rendered mortadella fat and a little olive oil to the vinegar, stirring in some Dijon and cracked black pepper, and we had a vinaigrette.

I’m going to sound like a complete downer, but I still didn’t love it. I know, perhaps there was something wrong with me. Just to be on the safe side I had a chicken skin club sandwich with homemade bacon today. It was fantastic, so thankfully my taste buds still work. I’m not about to give up of course, especially not since I already know that next month’s challenge involves terrines, which I love making, so I’ll see if my photo making ratio theory holds up.

Thank you again to Cathy Barrow and Kim Foster, and I do mean that sincerely. Maybe it wasn’t my cup of tea, or cup of emulsified meat, but it was a new experience for me to stuff a bung (did you really think I’d get through this whole month’s post without mentioning bung once?), and new experiences are always much appreciated. 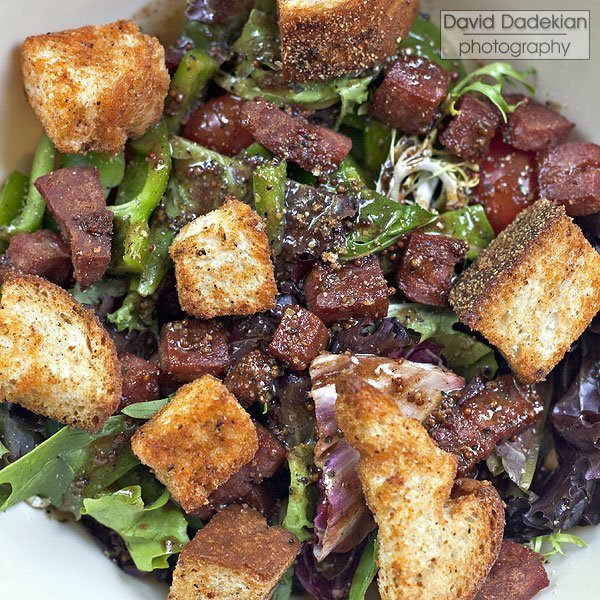 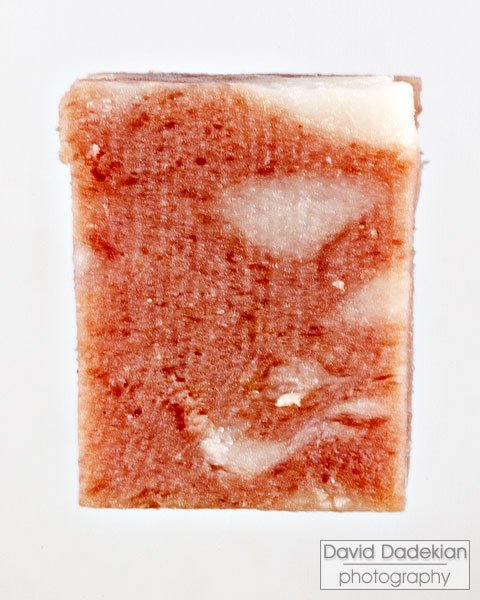 close-up exploration of a cube of mortadella