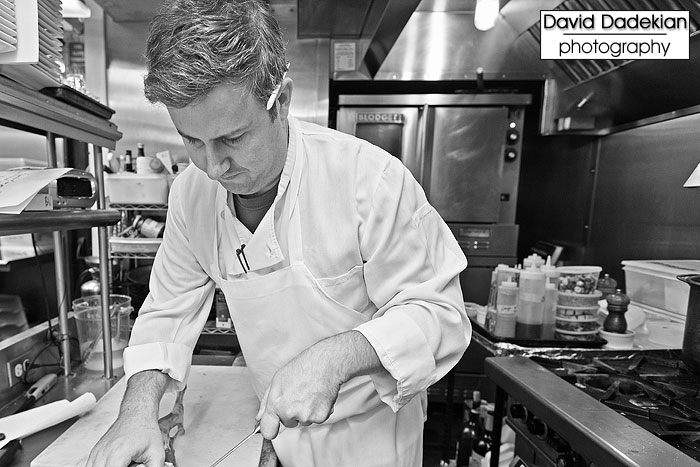 As whole pig was deemed the new bacon and then lamb was the new pig, New Rivers‘ Executive Chef Beau Vestal has declared goat is the new lamb. Vestal invited me into New Rivers’ kitchen to watch him break down a whole goat and talk about all the different dishes he’ll be turning out for Providence diners. In his opinion, locally raised goat isn’t any gamier in taste than lamb and is much more sustainable—easier to raise and better for the environment. Goats take less land and store-bought feed to raise than other livestock so it’s a perfect choice for smaller farms in the southern New England area.

The goat, a male goat that obviously couldn’t be used for dairy purposes, was a type of Alpine Swiss goat known as Oberhasli. It was raised on pasture in a flock of about twenty-five goats by Antone and Ellen Vieira in South Dartmouth, Massachusetts at Round the Bend Farm, which is owned by Rutgers and Leslie Barclay. They also raise pigs, lamb and cows for meat as well as eggs.

Vestal plans on doing some dishes with West African curry flavors such as chiles, coconut milk and yams, using the bones to make a stock for a stew. The leg meat is great simply grilled. Since a goat is a very active and lean animal its loins are much smaller than on a pig or cow, so they will probably be added to a forcemeat, along with other finer cuts of meat to make something similar to a porchetta, nicely braised for the colder weather. The offal will be turned into a number or terrines, though Vestal did note that the liver is so healthy and clean that simply roasting it with butter and cognac is really delicious.

There are goat dishes now on New Rivers’ menu. Goat meat is available from Round the Bend Farm and may be found at some of the Winter Farmers Markets starting over the next few weeks.

Warning: these are graphic images of a whole animal—skinned, but with it’s head and organs intact— being broken down. If you do not want to see whole animal butchery, do not continue reading. You have been warned. 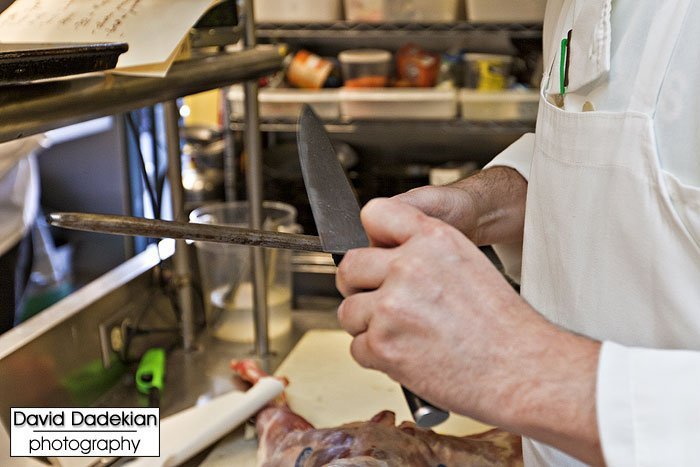 Honing knives before beginning the breakdown of the whole goat 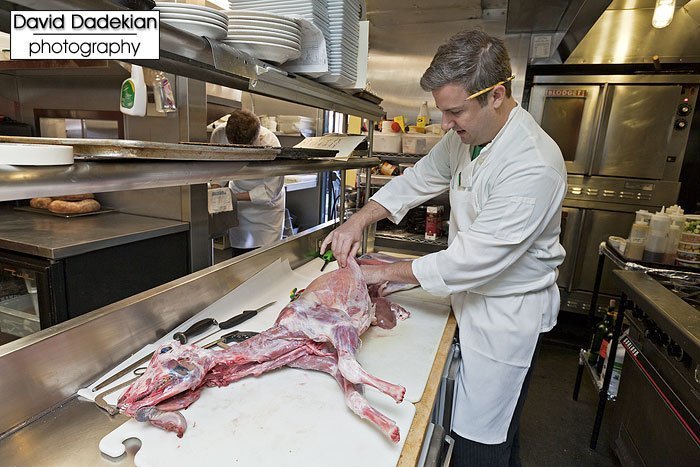 Removing the kidneys and liver 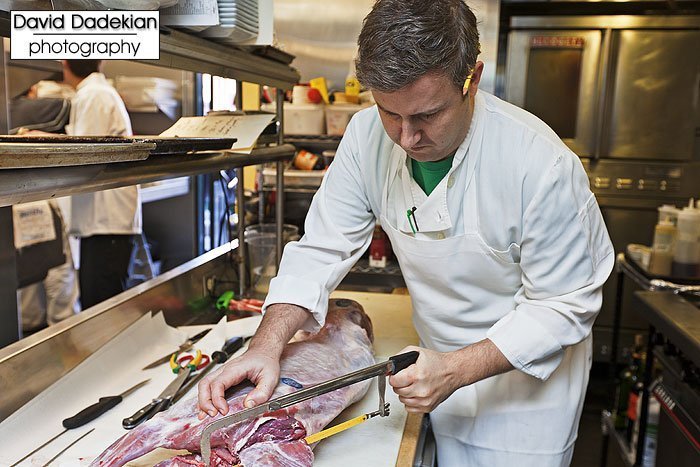 Removing the neck and head 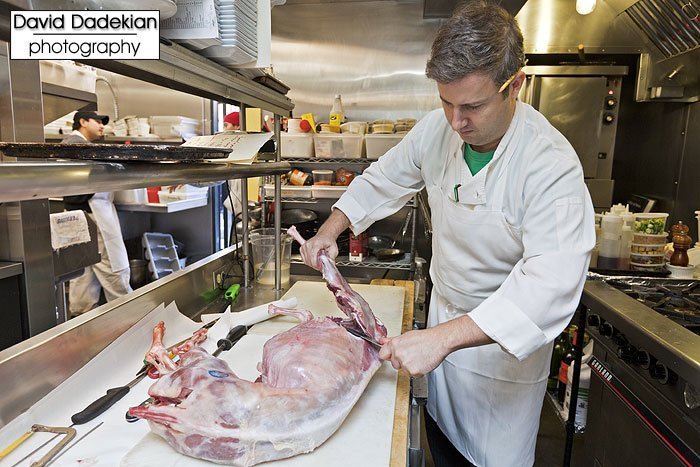 Cutting off the front legs 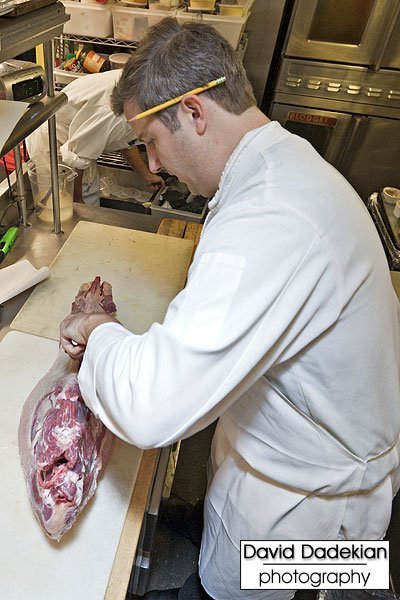 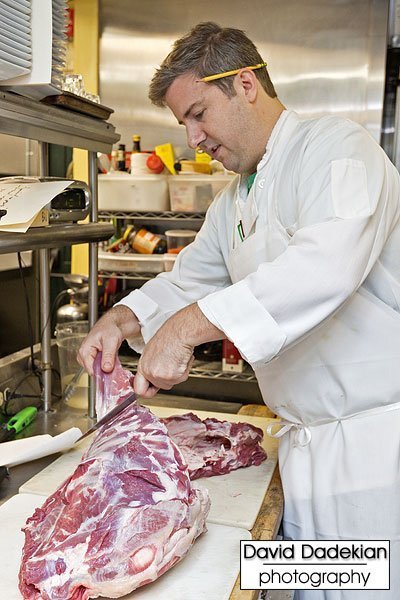 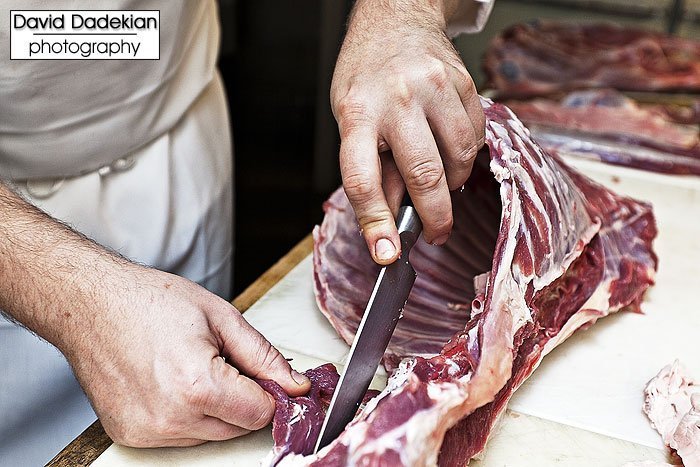 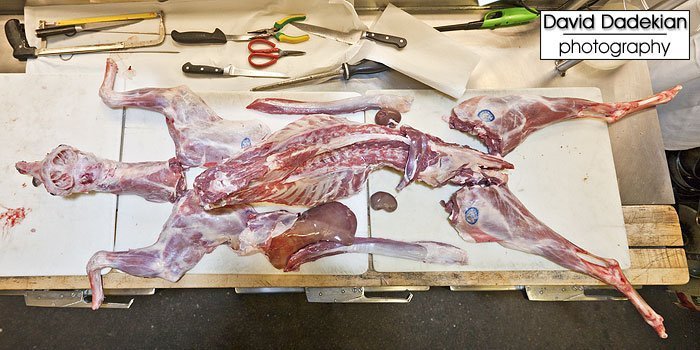 The entire butchered animal laid out on the cutting boards 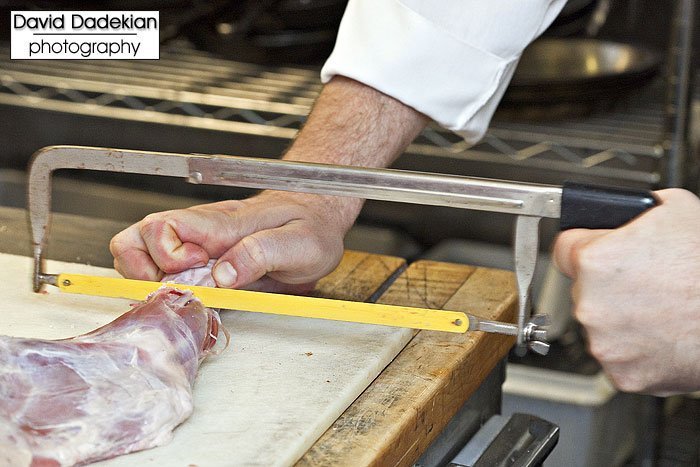 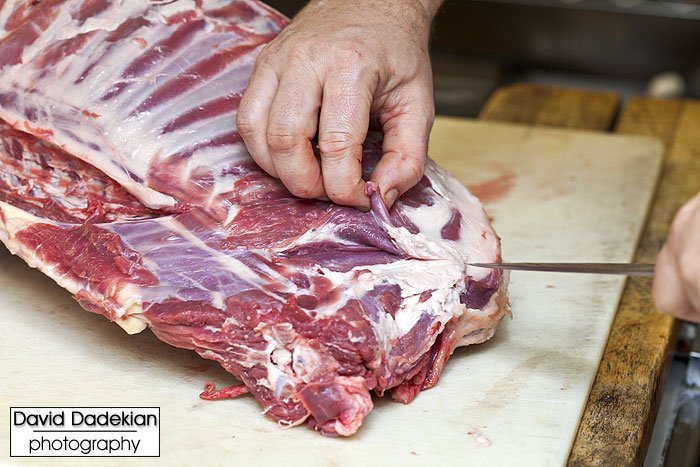 Portions of this story appeared in edited form on GoLocalProv.